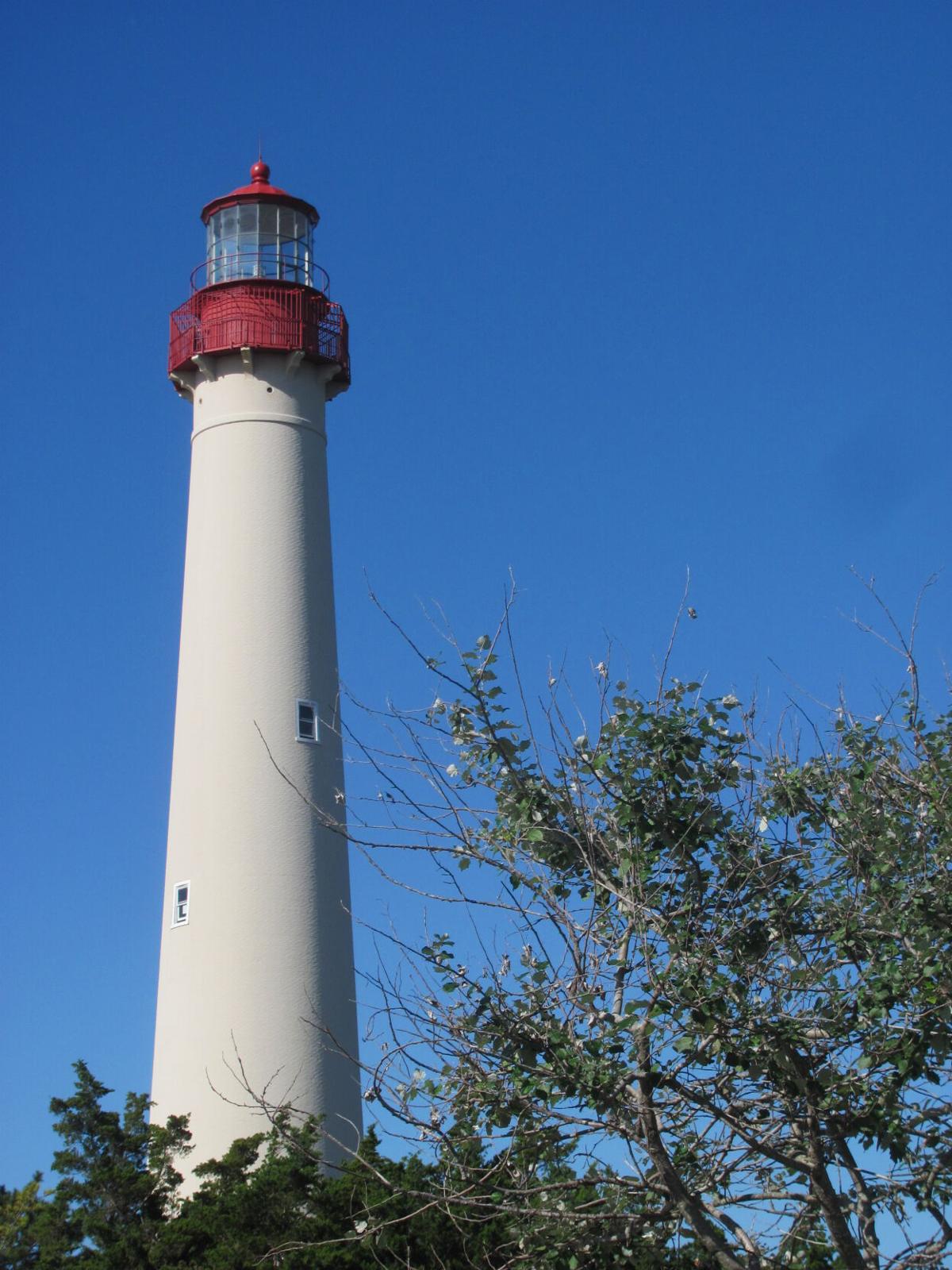 The Cape May Lighthouse still guides ships on the ocean and Delaware Bay. 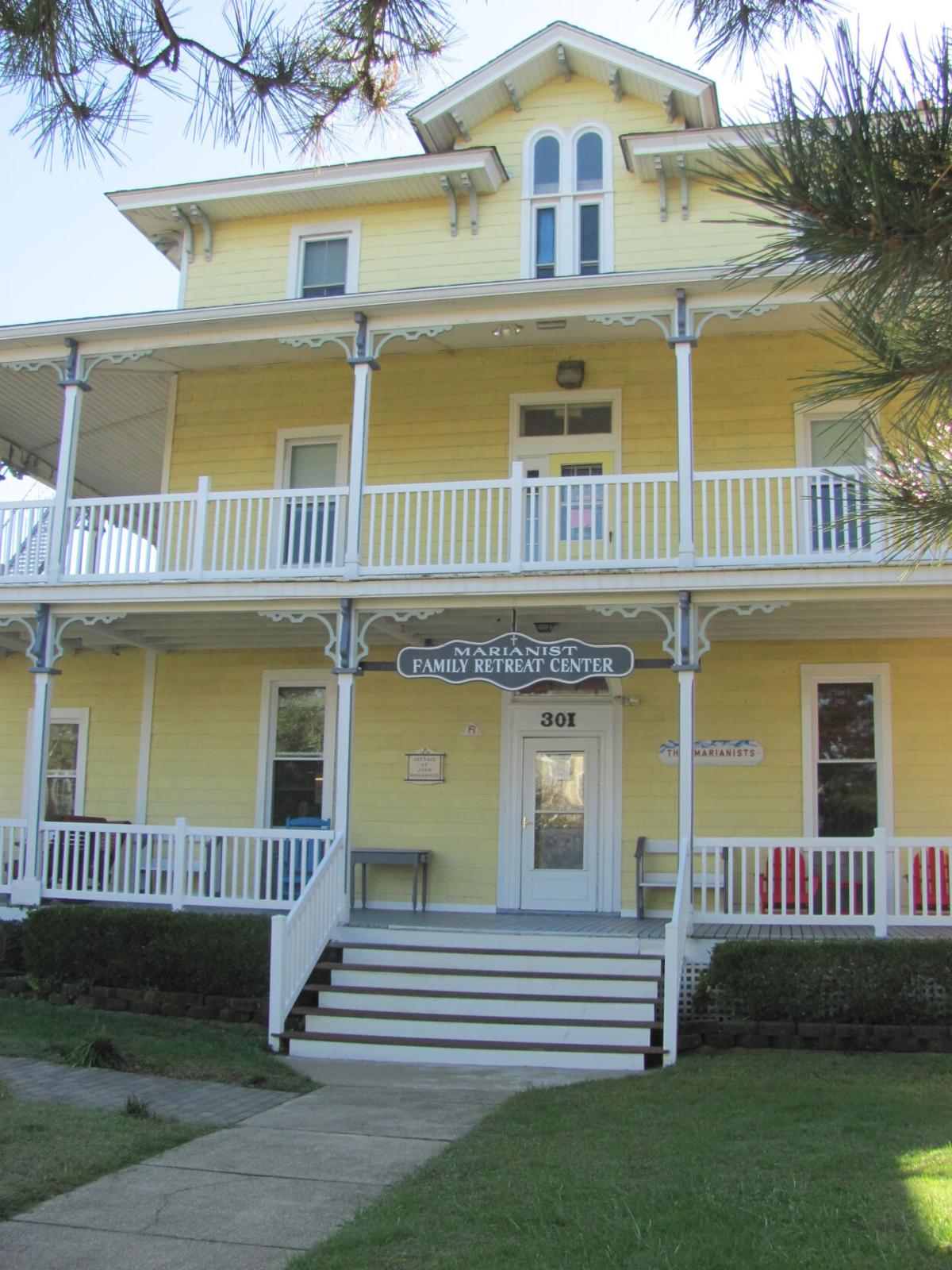 John Wanamaker's cottage is home to the Marianist Family Retreat. 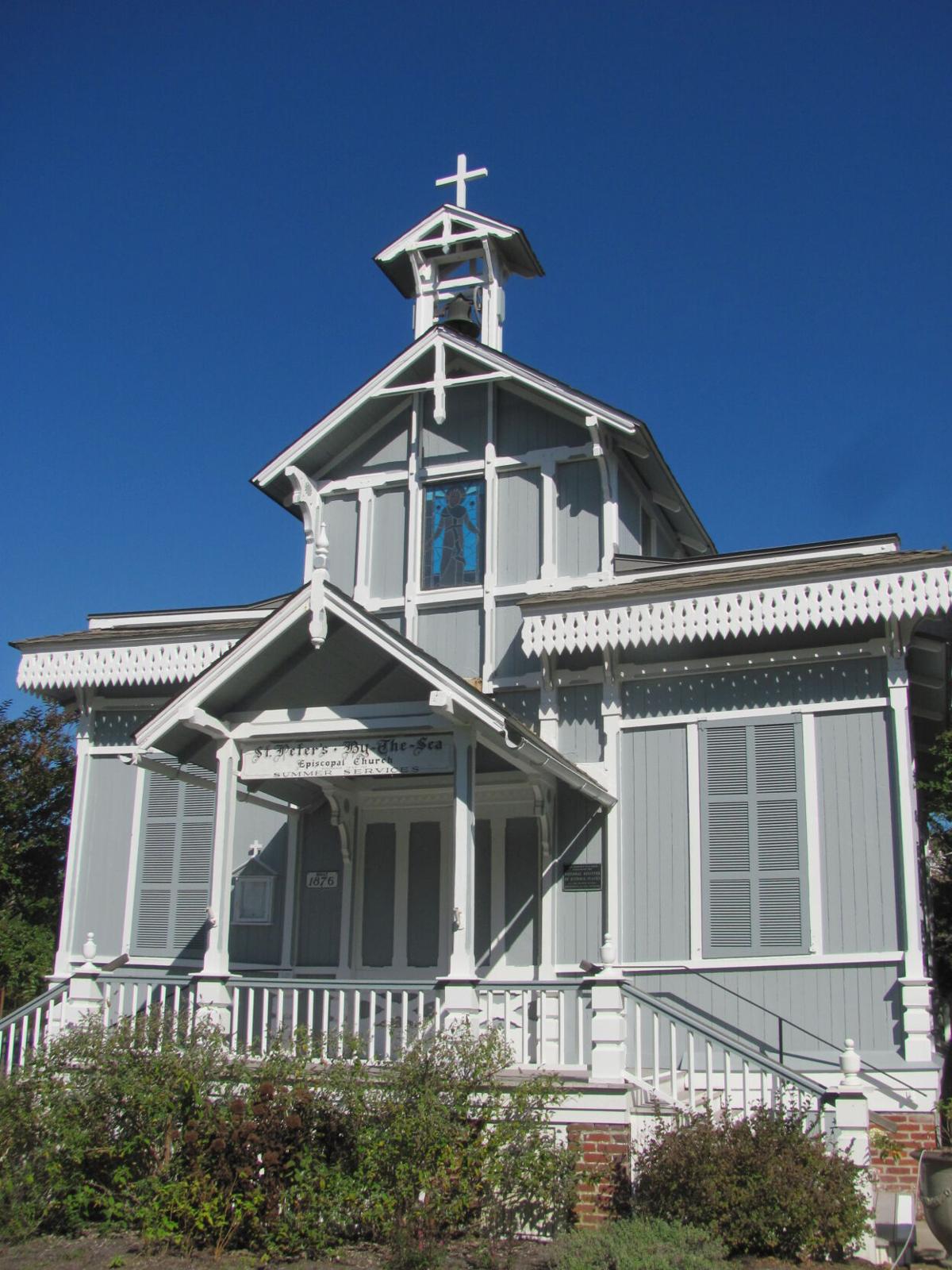 CAPE MAY POINT – “I caught largemouth bass as long as your arm,” said Tom Graham Oct. 25, reminiscing of youthful days in Cape May Point.

Located at Cape May County’s southern tip, the “Point” experienced its share of changes and transitions, good times and bad.

Residents and visitors delight in the Point’s walking trails, Cape May Lighthouse, and natural beauty. Coastal forests, beaches, and dunes create diversity in landscape and a haven for wildlife.

Yet, the Point is more than a natural phenomenon. It is home to a year-round community, equipped with a general store, post office, and several churches. Originally founded as a Presbyterian summer retreat, Cape May Point is a living example of development and preservation, and the tension in between.

How can one describe the ethos of a place? Bungalows, Victorian cottages, and modern homes form a tapestry of time and place, but human activity and passion created the Point.

Founded in 1875, the Point was known as Sea Grove, a liquor and “worldly” entertainment free zone by the Delaware Bay. John Wanamaker, Philadelphia businessman and father of modern advertising, helped give the Point its start. He had more on his mind than summer breezes and escaping the heat.

He envisioned a place where people of like faith could coexist together in harmony, apart from the hustle of city life. Alexander Whilldin, a wool merchant, assisted Wannamaker, designating Sea Grove as a “moral and religious home.”

According to Graham, his grandparents built a home on Bristol Avenue (no longer in existence), around 1900. Other relatives, the Burtons, “trickled” in over the years, on Graham’s mother’s side.

Graham’s father’s line hails from Northern Ireland. They came to Philadelphia seeking a better life.  As Presbyterians, Graham’s family continued the tradition of coming to the Point every summer.

Wanamaker’s “one price and goods returnable” policy transformed American shopping when he opened his department store, in 1861. His America was a turbulent one, divided over racial equality and strife between state officials and the federal government.

Wanamaker could not enlist in the Federal Army due to a lung condition; however, he contributed to the war effort by selling uniforms and other goods to the Army.

Sea Grove was incorporated as the Borough of Cape May Point April 19, 1878, separate from the City of Cape May and Borough of West Cape May. The peninsula transformed from farmland into a prominent seaside resort.

Victorian architecture, with its flourishes and gingerbread, signaled a new gentility, moving away from the horror of civil unrest.

The Point community also felt the changes as hotels emerged to accommodate the influx of visitors: Sea Grove House, Cape House, Centennial House, and The Shoreham Hotel. Until 1890, Beach Avenue echoed with the sounds of tourists.

According to historical records, the sea reclaimed much of Wanamaker’s vision, closing a chapter in the Gilded Age. Waves could never erase Wanamaker’s impact and the unity of his community.

A Presbyterian, Episcopal, and Catholic chapel staked their claim, separately but non-aggressive. Today, these iconic landmarks are joined by Saint Mary by-the-Sea Retreat House (operated by the Sisters of St. Joseph) and the Lutheran Union Chapel.

Wanamaker’s cottage, located at Cape and Yale avenues, houses the Marianists, a community of Catholic brothers and priests. The cottage hosts family retreats.

Graham and his wife, Phyllis, have lived full-time at the Point since 1998. Graham served in the Navy Seabees, during the 1960s, and later worked in construction in the Philadelphia area.

Today, the couple is active at the First Baptist Church of Anglesea, in North Wildwood. Phyllis has won local and state photography awards, the beauty of her surroundings serving as inspiration.

According to Graham, development and modern life changed the Point.

“The people are not the same,” Graham reflected. “The whole face of the place has changed.”

He remembers picking wild blueberries on Cedar Avenue and watching “deer run up and down the streets.”

As a young man, Graham said he would “spend all day at Lily Lake.”

“The kids can’t do that anymore,” Graham said. Fishing, beach parties, and exploring created a lifetime of “tremendous memories.”

“Young people didn’t want to leave the Point,” Graham said. From colorful characters to balmy summer nights, the Point remains its own microcosm.

“We met amazing people there,” Melissa Bailey, Graham’s oldest daughter, wrote Oct. 26. “People from very different walks of life, thoughts, experiences, and expertise. People who had traveled the world and people who had stayed in the same house where they’d been born their whole lives.”

“Despite the variety and differences, there was always kind words, respect, and sharing,” Bailey said. She lives with her husband, in Marmora, and Bailey and her sister work in health care.

In 1994, the Point passed an ordinance “declaring the community a single-family dwelling,” according to media sources. Although older homes may make way for newer builds, commercial development can't alter the land.

What can we learn from those who love Cape May Point? Not everyone lives in a community built on rest, communing with nature and one’s faith.

“Develop and grow,” Bailey said. “The freedom to explore yourself, your world, your mind. Responsibility, to care for the environment, care for yourself, and care for your fellow man.”