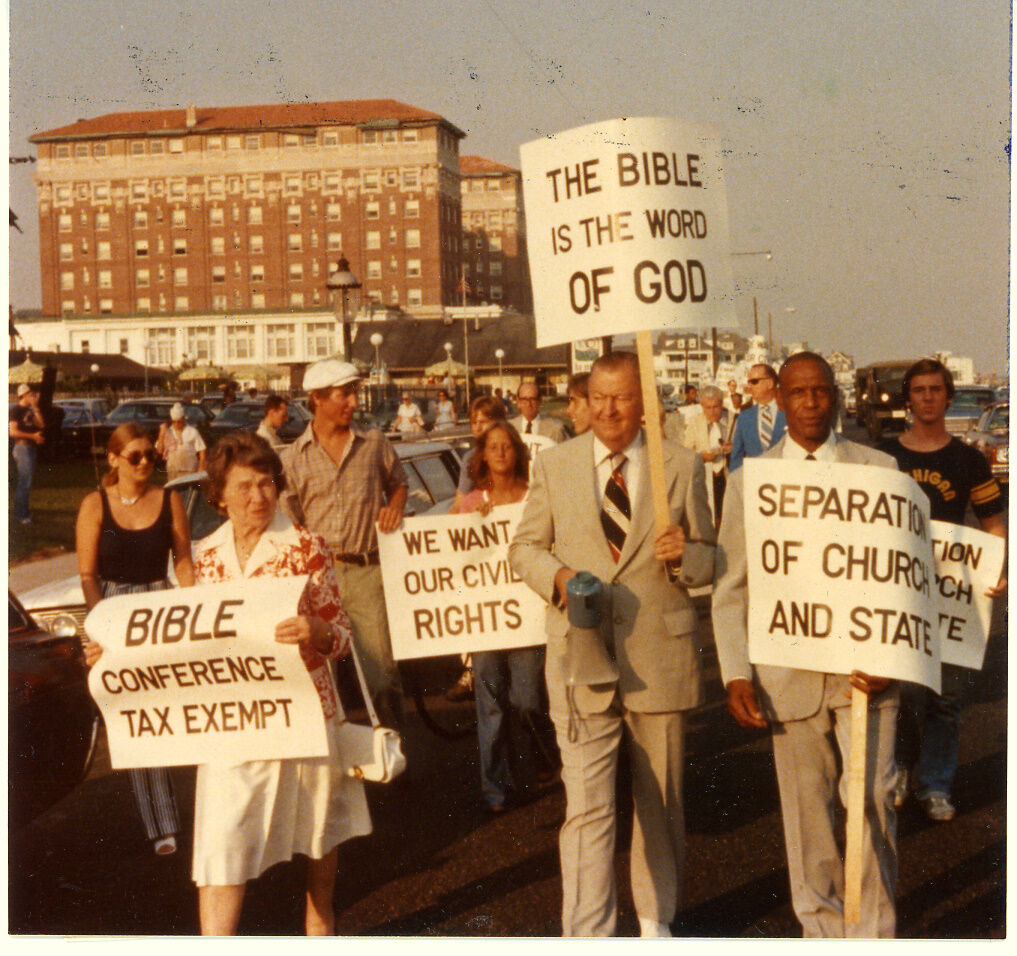 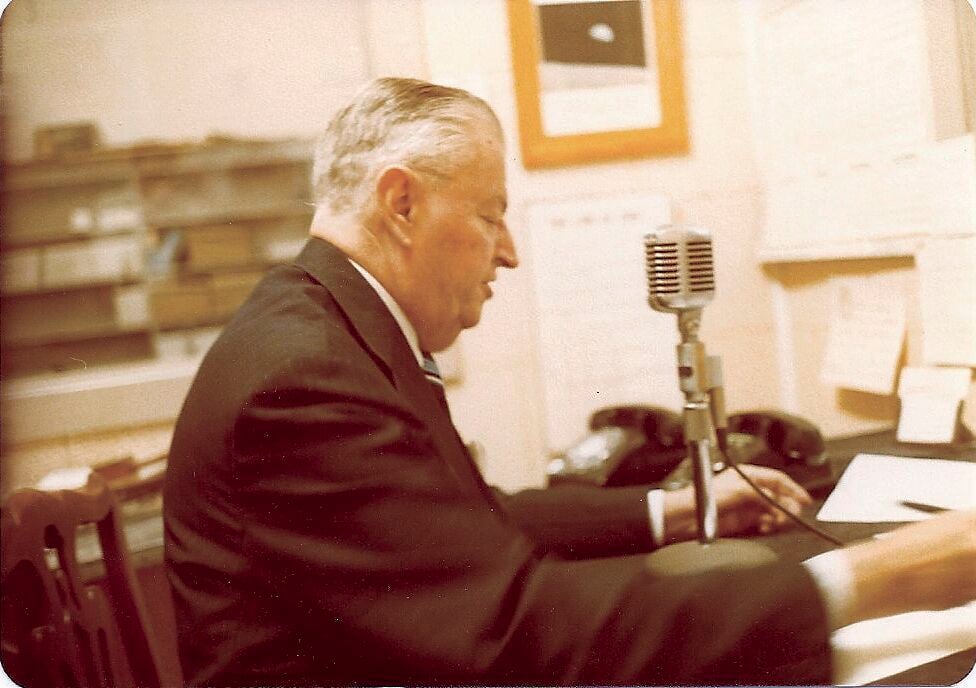 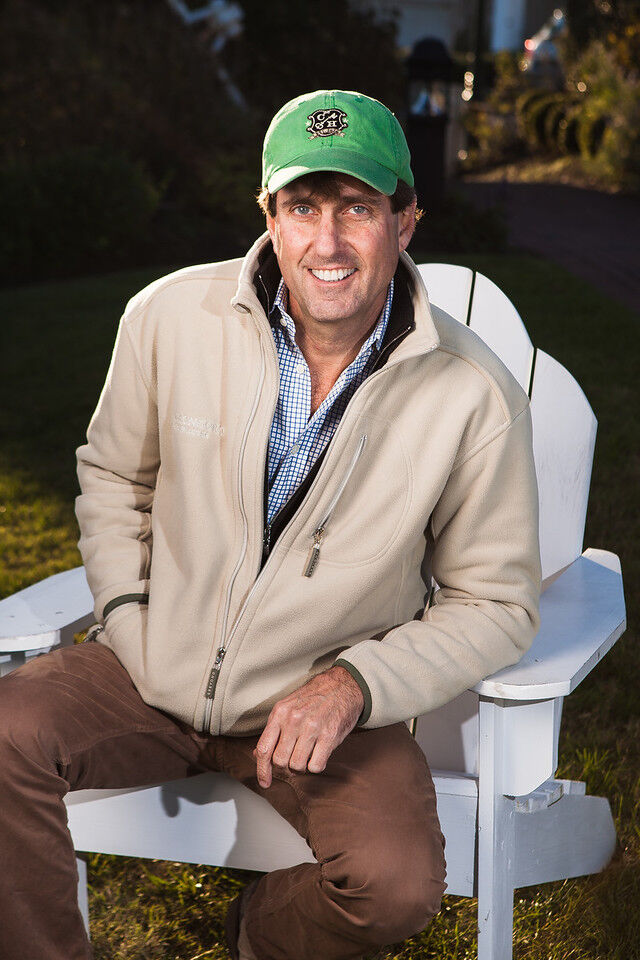 Curtis Bashaw carries on his grandfather's legacy in the hospitality industry.

CAPE MAY – You can't walk the streets of Cape May without tracing the steps of Rev. Carl McIntire, a man whose ministry, economic creativity, and political zeal continues to be felt to this day. From Congress Hall to the city’s Victorian “brand,” Cape May changed under McIntire’s influence.

The Herald will examine McIntire’s influence in three parts: faith, economics, and politics. Beloved by family and friends, McIntire’s steely personality held a tender side.

Criticized by local politicians and residents, McIntire’s tax exemption and real-estate holdings still spark questions. His legacy runs deep, in Cape May County, but who was the man behind the myth?

Born May 17, 1906, in Michigan, McIntire’s early years were not overly auspicious. His parents, Charles and Hettie, divorced, leaving Hettie to raise four children, in Durant, Oklahoma.

McIntire excelled in school, according to his grandson, Curtis Bashaw, businessman and owner of Congress Hall. McIntire was on the debate team in high school and earned a reputation for hard work.

“He had a real grit about him,” Bashaw said, during an Oct. 2 phone interview. “He did big things.”

America was on the march in industry, commerce, and new ideas. Progressivism also entered many theological seminaries, such as Princeton, leaving young men, like McIntire, with a choice.

He believed that the Bible is relevant for all time and shunned liberalism. Standing on his conscience, he left Princeton for the newly formed Westminster Theological Seminary, in Glenside, Pennsylvania. He earned his degree in 1931.

“He was a fundamentalist Presbyterian,” Dr. Brad Gsell explained Oct. 1, from his home in Charlotte, North Carolina. Gsell knew McIntire personally, working under him as a teenager before becoming a minister.

He described McIntire’s beliefs as “immovable,” adhering to a literal interpretation of Scripture. McIntire believed that faith should affect every area of life, not relegated to Sundays.

His separatist beliefs sprang from 2 Corinthians 6:17: “Wherefore come out from among them, and be ye separate, saith the Lord, and touch not the unclean thing; and I will receive you.”

McIntire’s entire adult ministry unfolded in the Garden State, beginning in Atlantic City and then Collingswood, in 1933. Due to his conservative stance, the General Assembly of the Presbyterian Church USA demanded McIntire’s resignation, along with several other pastors. McIntire was tried in an ecclesiastical court and found “guilty” of “stirring up divisions.”

The Collingswood Church lost its position in the PCA (Presbyterian Church USA), along with McIntire. According to records, a “minority” of the congregation supported their young pastor. McIntire and fellow exiles joined the Orthodox Presbyterian Church, in 1936, holding to Reformed doctrine and traditions.

Yet, Bashaw remembers his grandfather’s tenderness and compassion for others. “He knew people had different points of view,” Bashaw said. “He knew how to talk to people. He was comfortable with presidents and common people.”

According to Bashaw, McIntire “slept well” at night, praying over situations and people and then “leaving it up to God.”

In 1941, McIntire purchased Harvey Cedars Bible Conference, in Ocean County, operating the site and organizing conferences. He later acquired the historic Admiral Hotel, in Cape May, renamed the Christian Admiral.

McIntire’s vision was wide, as it was grand - a retreat where attendees could enjoy preaching, music, and programs in a wholesome setting.

Through the 1950s and '60s, McIntire purchased more property and hotels, transforming the landscape. Eventually, Shelton College was built, providing a Christian liberal arts education until the 1980s.

According to Bashaw, his grandfather saved several dilapidated hotels/motels from demolition.

“Congress Hall could have been torn down,” Bashaw reflected. McIntire also purchased the Virginia Hotel and what is now Angel by the Sea.

Bashaw believes his grandfather helped Cape May become a year-round community once again.

Bashaw’s mother is a full-time resident, and several cousins also call the county home. The McIntire family enjoyed vacationing, in Ocean City, before acquiring property, in Cape May. “I have been registered to vote, in Cape May County, since 1983,” Bashaw said.

Until his death, at 95, in March 2002, McIntire continued preaching, hosting a radio broadcast, and heading the Christian Beacon, a weekly newspaper covering issues of the day and theology.

Gsell, president of the International Council of Christian Churches, walks in his mentor’s shoes in the organization McIntire chaired for decades.

The International Council of Christian Churches is comprised of churches of varying persuasions, including Presbyterians and Baptists, worldwide. According to Gsell, McIntire was not against unity, rather, he advocated unity centered on Scripture.

“They (McIntire family) had a lot of class but not extravagance,” Gsell said. When the infamous nor’easter of 1962 hit Cape May, McIntire brought volunteers and helped with cleaning up and repairing several buildings.

Every human legacy leaves questions, praise, and criticism. History happens in time and leaves analysis to the coming generations – not to destroy but understand.

“What a day. What a testimony. What a glory,” Rev. Carl McIntire is remembered saying, in fall 1973.