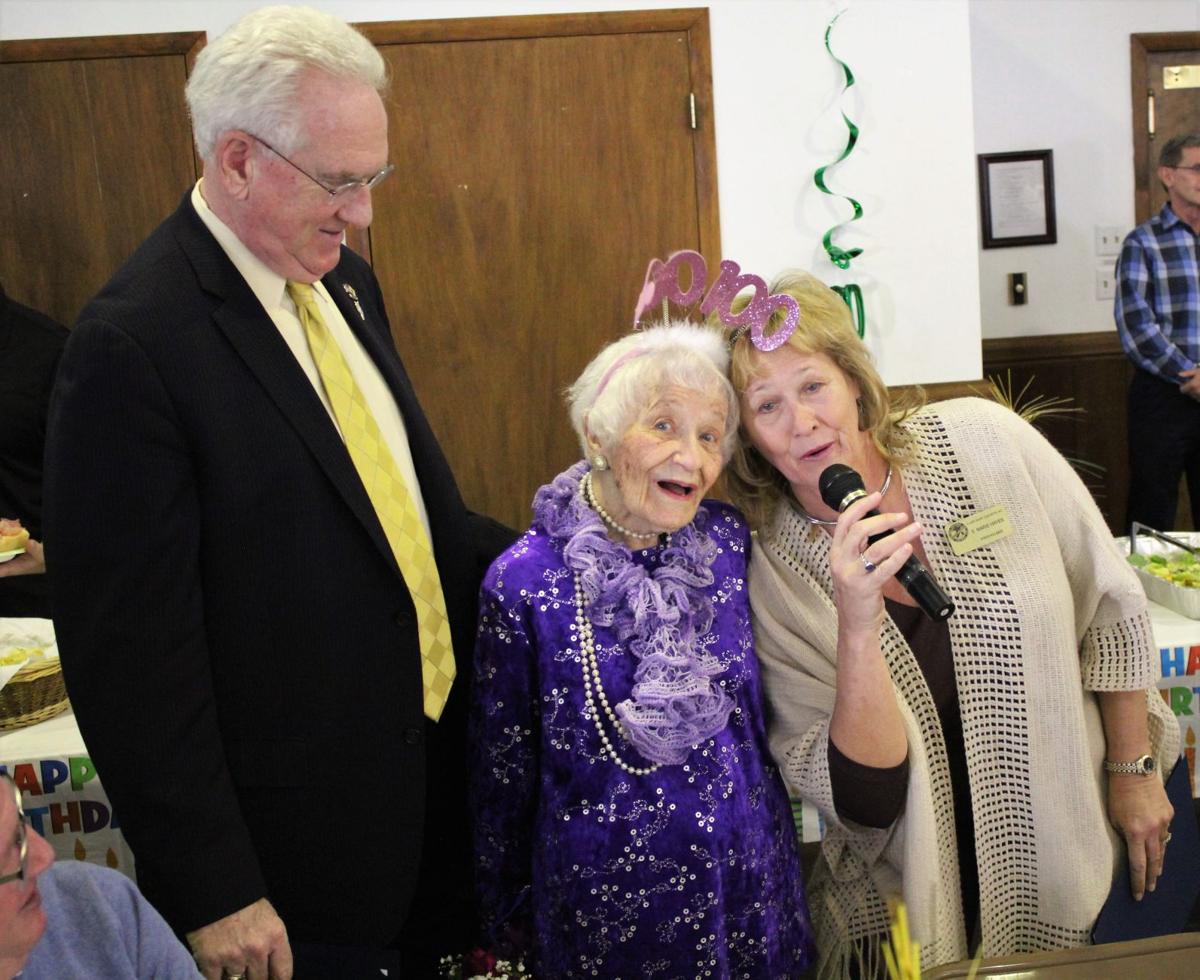 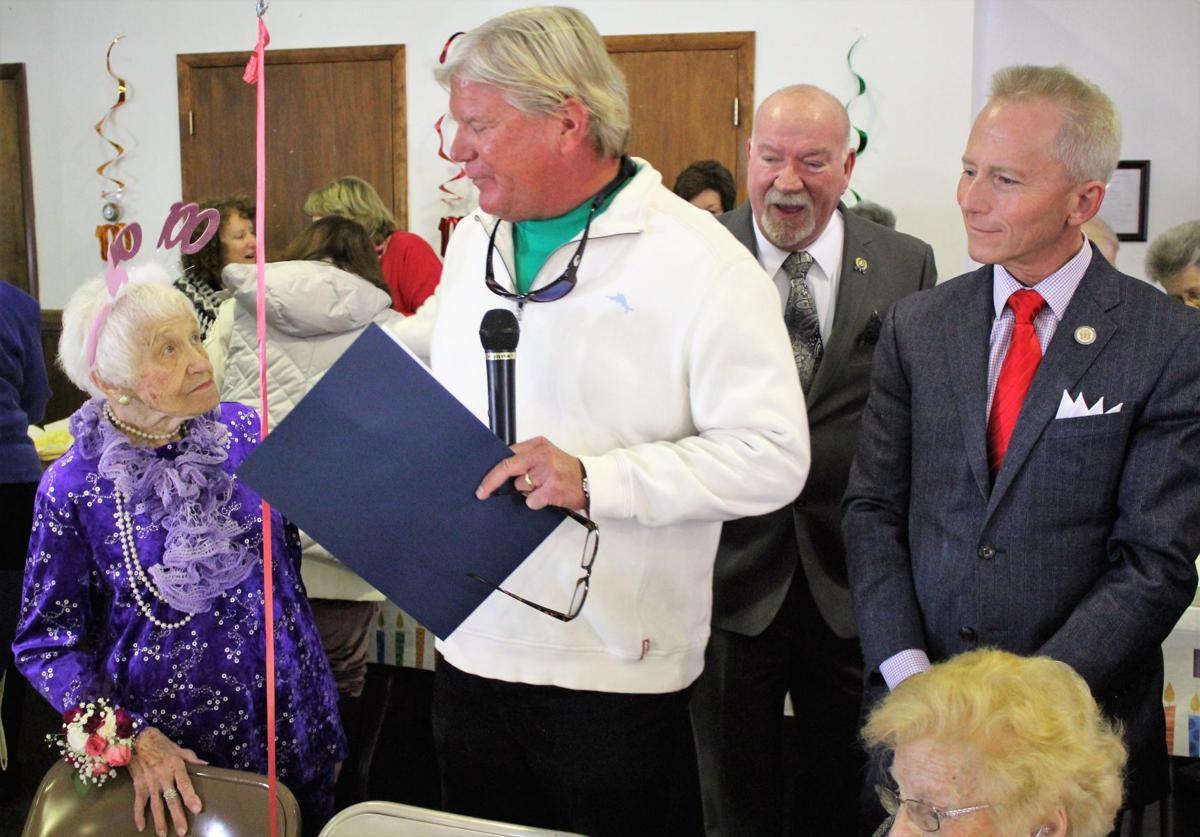 MARMORA – Elsie Shearer celebrated her 100th birthday with a bash at the Trinity United Methodist Church in Marmora Jan. 15.

Shearer plays the organ every week, and Trinity United Methodist Church is applying to have her admitted into the Guinness Book of World Records for the longest playing/oldest organist.

Shearer also leads an exercise class at the church and quickly gives out her secret to longevity, "a daily vitamin."

Shearer exclaimed, "I intend to go on forever" to a crowd of about 100 gathered in the church's fellowship hall.

Shearer shared hugs with friends and was overwhelmed at the attendance for her birthday celebration including local, county and New Jersey state officials and media.

Sen. Jeff Van Drew, Assemblyman Robert Andrzejczak and Assemblyman Bruce Land (all D-1st) presented Shearer a resolution from the State of New Jersey along with a kiss on the cheek.

Upper Township Mayor Richard Palombo presented Shearer with a resolution from the Township of Upper.

That resolution noted Shearer; born Jan. 14, 1917 in Philadelphia began playing the piano at the age of 4.

Music held a priority place in her life.

Her family moved to Oaklyn, and she attended Collingswood High School. She was the accompanist to her glee club and also at her church where she played a large pipe organ.

She married Lewis A. Shearer in 1941. Her husband was a musical artist and both continued to entertain for many years.

They bought a home in Ocean City where they vacationed each summer.

The Shearers played patriotic music at the Music Pier each July 4 for 25 years.

In 1996, Lewis died. Elsie then relocated to Ocean City full-time. She maintained that home until 2012 when Hurricane Sandy struck and flooded her home.

Following that, Shearer moved in with her niece for seven months, and then purchased a mobile home in Marmora where she presently resides.

In addition to her church endeavors, she attends the county Upper Township Senior Center where she is the leader of an exercise program. She plays the piano there, and assists with games.