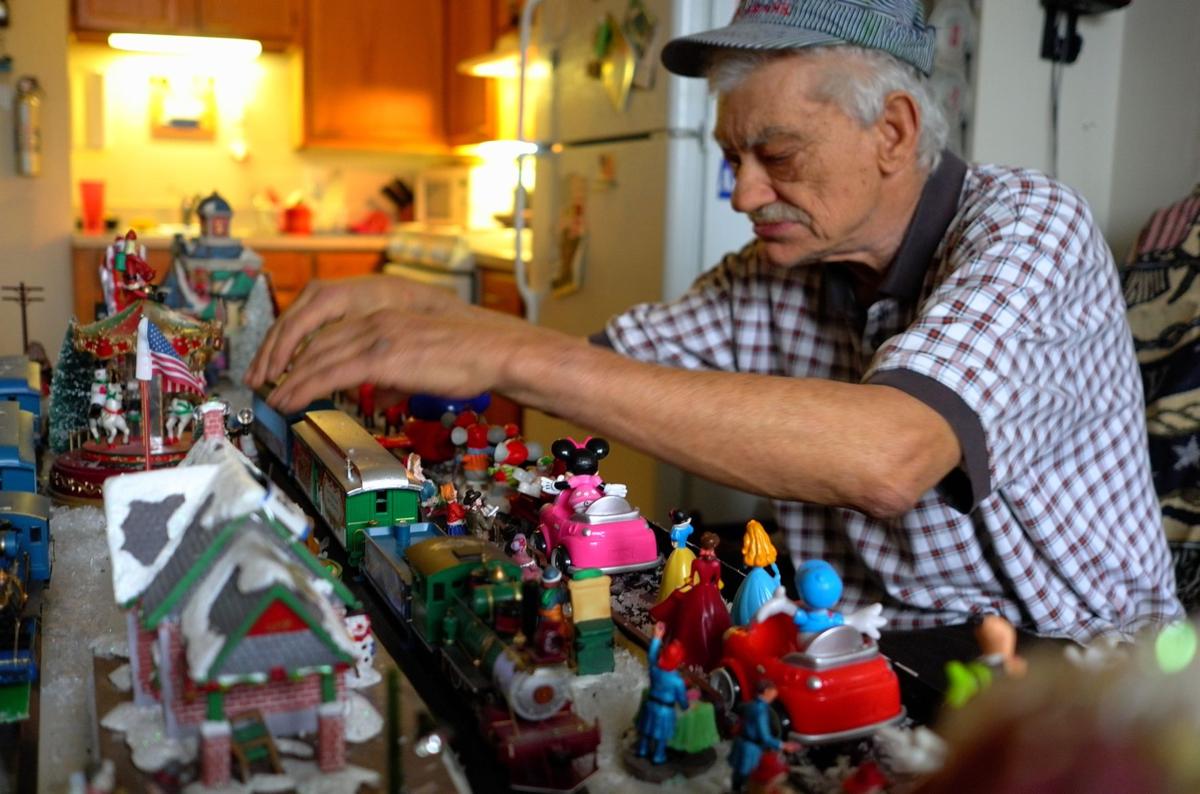 Francis "Frank" Dachowski works on HO-scale trains and village in his North Cape May apartment. 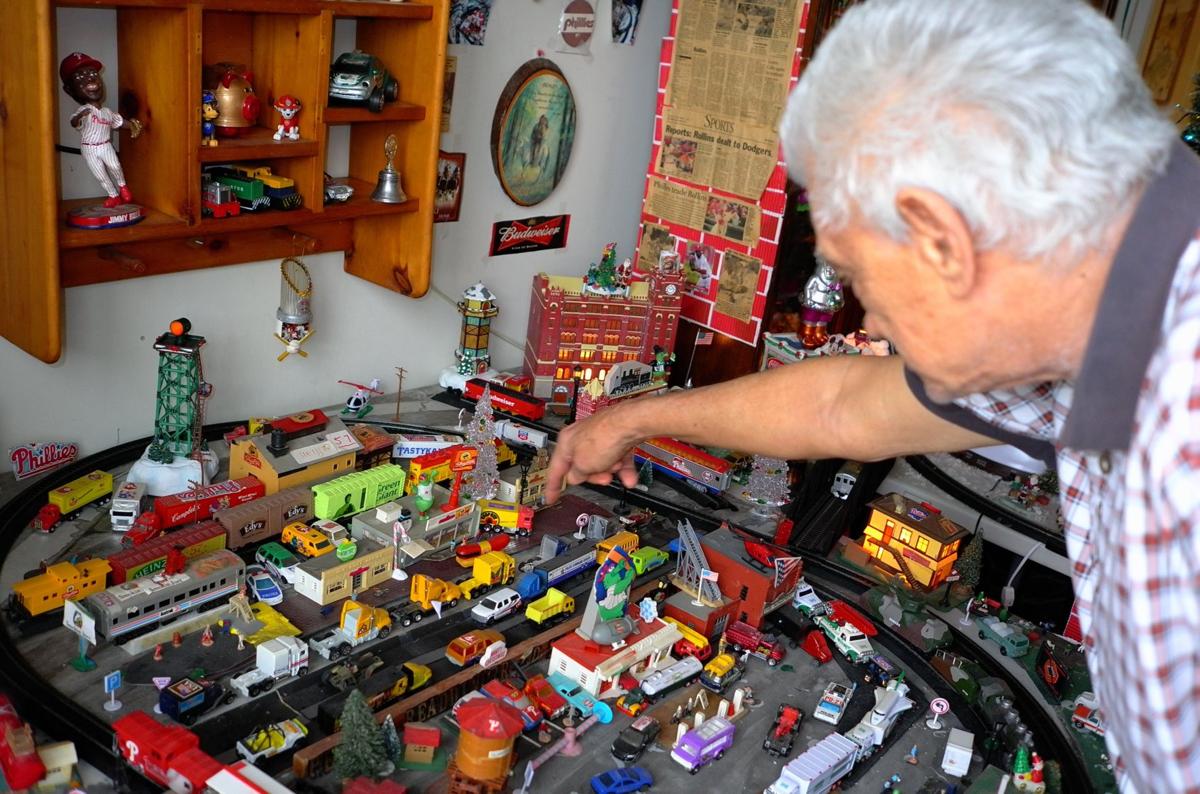 Francis "Frank" Dachowski works on HO-scale trains and village in his North Cape May apartment.

NORTH CAPE MAY – "I love my trains, and I love the Phillies." That's what Francis "Frank" Dachowski, 73, said many times in his apartment Feb. 1 as he pointed to his vast display of HO-scale trains.

The avowed train collector estimated he has about 35 to 40 sets of the tiny trains, many in storage since not all could fit in his two-room apartment at Haven House on Townbank Road.

About three-quarters of his living room-kitchen is occupied by those miniature trains and accompanying villages, complete with ice skaters and a brewery.

A small, lighted, artificial Christmas tree takes center stage in one village. Long past that holiday, Dachowski said he plans to "take them down soon."

Part of the reason the model trains have remained in place, aside from his love for seeing them run, was so that his son, who resides at Woodbine Developmental Center, could see them on his Jan. 29 birthday.

Each train and decoration is special to Dachowski, a Navy veteran. Those trains have many sponsors, from Shop Rite and Hershey to Campbell Soup and Walt Disney.

Dachowski was an annual buyer of the ShopRite trains since 1995, but, he lamented, they could get no sponsor, hence no train sets have been sold in recent years.

"This is my hobby. I'm never going to give it up," he said with a broad smile. "If more people had a hobby like this we wouldn't have the problems so many people have today." He said most of his trains were produced by Bachmann. He likes the fact that HO-trains run on DC, not AC as do some larger-scale trains.

Dachowski proudly wore a gray, striped engineer's cap as the freight and passenger cars wound dutifully around on tiny tracks. When one set came undone, he lovingly set the cars on the tracks and reconnected the train. He observes strict railroad operating protocol and sounded three whistles before stopping at a station.

A firm believer that trains made America strong and great, Dachowski puzzles why no trains run to Cape May and Wildwood. With the ability of one engine to pull many cars, thousands of vacationers could visit Cape May County without building new roads; he pointed out. He shrugged in disbelief.

Perhaps a part of his love of trains stemmed from his brother, Walter, who was a draftsman at the Budd Company in Philadelphia. Walter helped design the silver trains that served Cape May County for many years when the Pennsylvania Reading Seashore Line conveyed business people and tourists to local resorts.

Confronted by various health issues, Dachowski mostly gets around with the aid of a three-wheeled scooter that is in need of replacement tires. At $50 each, he wonders how he'll pay for them. He's grateful to Disabled American Veterans Chapter 44 that helped him acquire the scooter. He said the Elks lodge is also helping him.

As Dachowski pointed to myriad miniatures with Phillie Phanatic likenesses, he rattled off where each was purchased. Some came from yard sales, while others were from a favorite discount store.

Reinforcing his bond with the Phillies, Dachowski stated with a smile that Mike Schmidt, one of his sports idols, and he share the same birthday, Sept. 27. Elsewhere in his apartment are autographed Phillies baseballs and other team memorabilia.

Dachowski, a former Rio Grande resident, is like many other seniors on a fixed income. He feels the squeeze of increased Medicare costs of $140 monthly taken from his Social Security amount.

Obtaining food, too, is a chore for him, given that he receives $16 a month in food stamps.

Still, Dachowski maintains a positive attitude and is thankful for county services, namely Fare Free Transportation. That department helps him get around the county. He may come to rely even more on that service, since he may be forced, by economics, to "get rid of" his aging station wagon.

He recalled selling birdhouses along the road when he lived in Rio Grande. Those sales helped him earn a bit of extra money to supplement his income. Such sales by him are not allowed in his present locale, he said.

As he bid a reporter farewell, he smiled and pointed to a Phillies memento hanging on the door along with a "welcome" sign.

Dachowski doesn't have long to wait; spring training starts Feb. 23. The first game of the year pits the Phillies against the University of Tampa Spartans. He just can't wait.