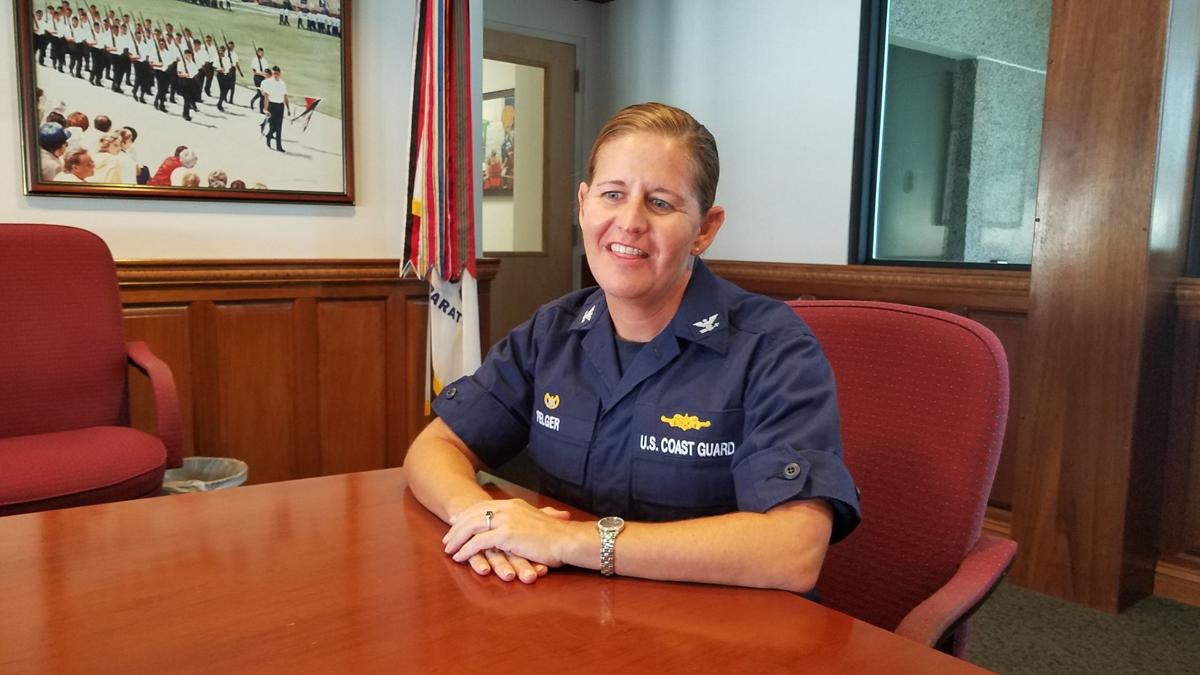 Capt. Sarah "Kathy" Felger is glad to be returning to Cape May, where she took over as commanding officer of the Coast Guard Training Center Cape May. She previously was assigned to the base in 2010 in a different role. 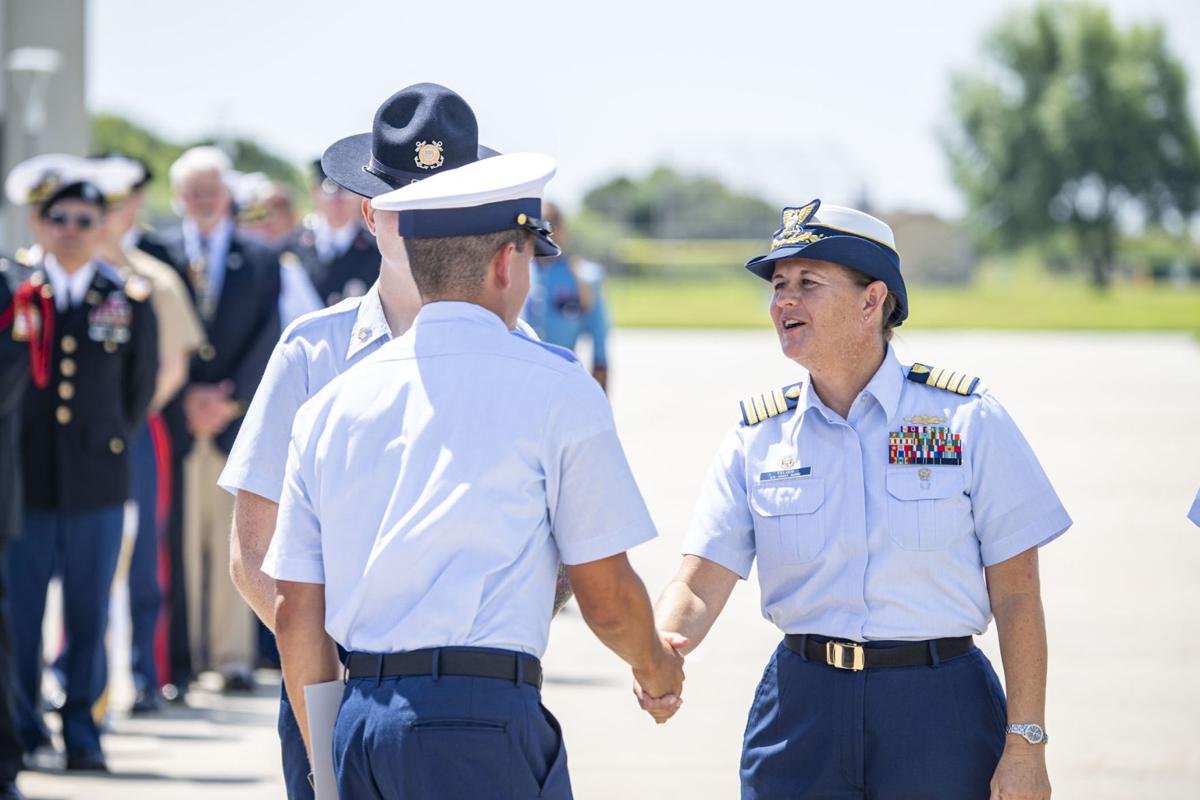 Capt. Sarah "Kathy" Felger congratulates a graduate during ceremonies July 26. She has had a variety of onshore and at sea assignments, including a previous stint at the Coast Guard Training Center Cape May.

Capt. Sarah "Kathy" Felger is glad to be returning to Cape May, where she took over as commanding officer of the Coast Guard Training Center Cape May. She previously was assigned to the base in 2010 in a different role.

Capt. Sarah "Kathy" Felger congratulates a graduate during ceremonies July 26. She has had a variety of onshore and at sea assignments, including a previous stint at the Coast Guard Training Center Cape May.

CAPE MAY - "It's great to be back." That's how the new commanding officer of Coast Guard Training Center Cape May (TRACEN) described returning to the area, having first lived here from 2010-2012.

Capt. Sarah "Kathy" Felger took over the reins of TRACEN from Capt. Owen Gibbons July 19. Gibbons served as head of TRACEN since 2016. He retired after 34 years in the service.

"I lived in North Cape May previously and remember what a great community Cape May was then," she said. "I'm happy to be back here." Now, however, she'll live on base.

Felger served as executive officer of the Coast Guard Cutter Dependable, now homeported in Virginia Beach, Va., during her first stint in the county.

She oversees a staff consisting of more than 400 active duty, reserve, and civilian members who provide the training, military processing, medical assistance and facility support for all arrivals entering the eight-week recruit training program.

Approximately 80% of the service’s current workforce has begun their careers at TRACEN.

"I'm responsible for hundreds to a thousand, depending on how many recruits are here," she noted.

While a formal change of command ceremony marked the transfer of total responsibility and authority from one individual to another, Felger said the operations at the base continue as usual.

Felger's career has included over 10 years of sea duty and a variety of onshore assignments. She was commanding officer of the medium endurance Cutter Thetis and island-class patrol boat Drummond, both homeported in Key West, Fla.

Felger also spent several summers as a deck watch officer aboard the Cutter Eagle, the tall ship, and earned the Order of the Square Rigger in 2009. It is the only ship with square rigs in the Coast Guard.

Her assignments ashore include serving as a congressional fellow in the Senate, detailed to the Committee on Commerce, Science and Transportation, as a company officer at the U.S. Coast Guard Academy and as a command duty officer in law enforcement and search and rescue for the Seventh Coast Guard District in Miami, Fla.

She returns to TRACEN from the Personnel Service Center where she served as the Enlisted Assignments Branch chief for two years. As chief of Enlisted Assignments, she was responsible for the overall execution of the assignment process for the 33,000-member Coast Guard enlisted workforce.

"I've had a variety of opportunities in leadership and ship time, at the academy as well, and I think they were built for me to be here," the captain said, reflecting on her career. "It's not something I expected.

"I think the opportunity here will be most interesting. Being at sea is both rewarding and challenging because you are responsible and have authority for the crew while you are at sea. Here, you have responsibility and authority but it's different," she continued.

During her first week, Felger has been getting up-to-speed on operations at TRACEN. She expects she'll set her own goals and vision shortly, aligning with her boss's, Rear Adm. Brian Penoyer, commander, Coast Guard Force Readiness Command.

"I also need input from my staff," she added. "Capt. Gibbons had a great impact on the Training Center and in the community, and I want to continue with all those things."

When not at work, Felger enjoys running, sitting on the beach and most outdoor activities. She's looking forward to kayaking and paddle boating as well.

"I remember Cape May having great restaurants and look forward to checking out the great food scene here," she said.

Originally from Fort Wayne, Ind., Felger has family there, in Connecticut and Florida. Single, she has a dog.

She earned a Master’s degree in Leadership, Education and Development from the University of Maryland in 2007, and a Master’s in Strategic Studies from the Air War College in 2017.