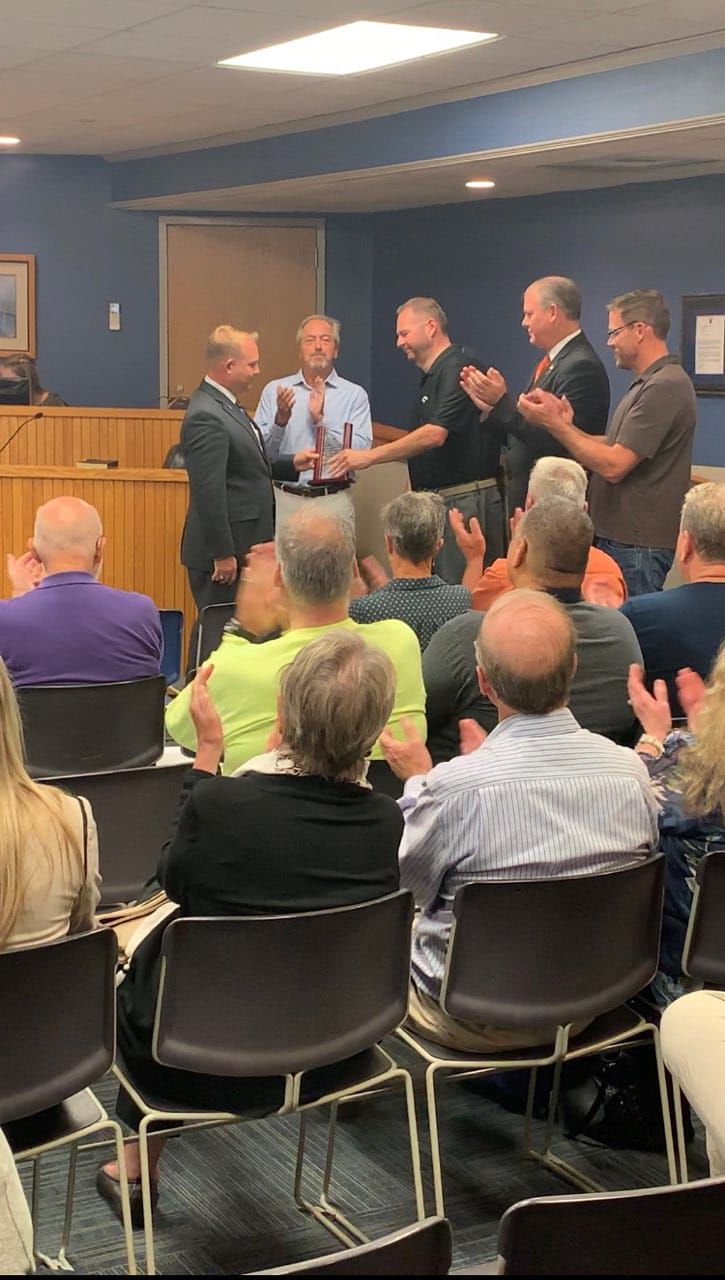 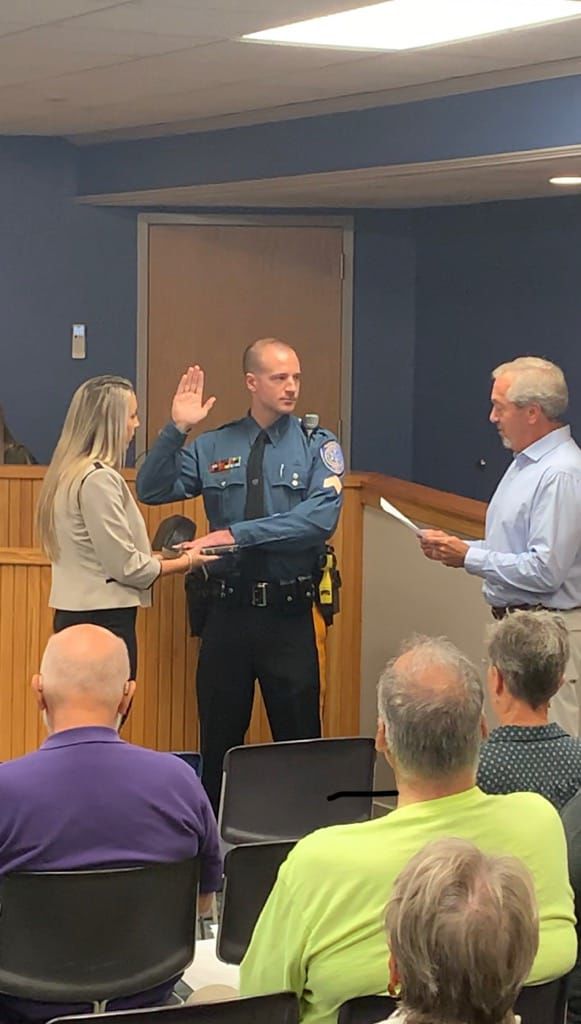 Middle Township's committee meeting Oct. 7 was bittersweet for those in attendance, as the committee recognized newly retired police Sgt. Francis (Fran) Fiore III for his 23 years of service.

Recently promoted police Sgt. Brian Murphy was also sworn in during the meeting.

Fiore began his law enforcement career with Middle Township in 1996 as a police officer, and was promoted to sergeant in 2013. Fiore's tenure epitomizes the creed to protect and serve.

Not only did he enjoy the unpredictability of his job, while keeping the community safe, but he also made sure to give back. He organized the annual toy drive for local families, and led the township initiative to participate in the Crayons for Cancer Drive for patients at Children's Hospital of Philadelphia.

"Sgt. Fiore led by example his entire career and will be greatly missed," said Chief Christopher Leusner. "His dedication and willingness to always go one step further motivated and encouraged a lot of his fellow officers, and as a result, I know they'll continue-on in his footprints."

Fiore officially retired Oct. 1. As Court House resident, and father of two daughters, he plans to spend more time with his family.