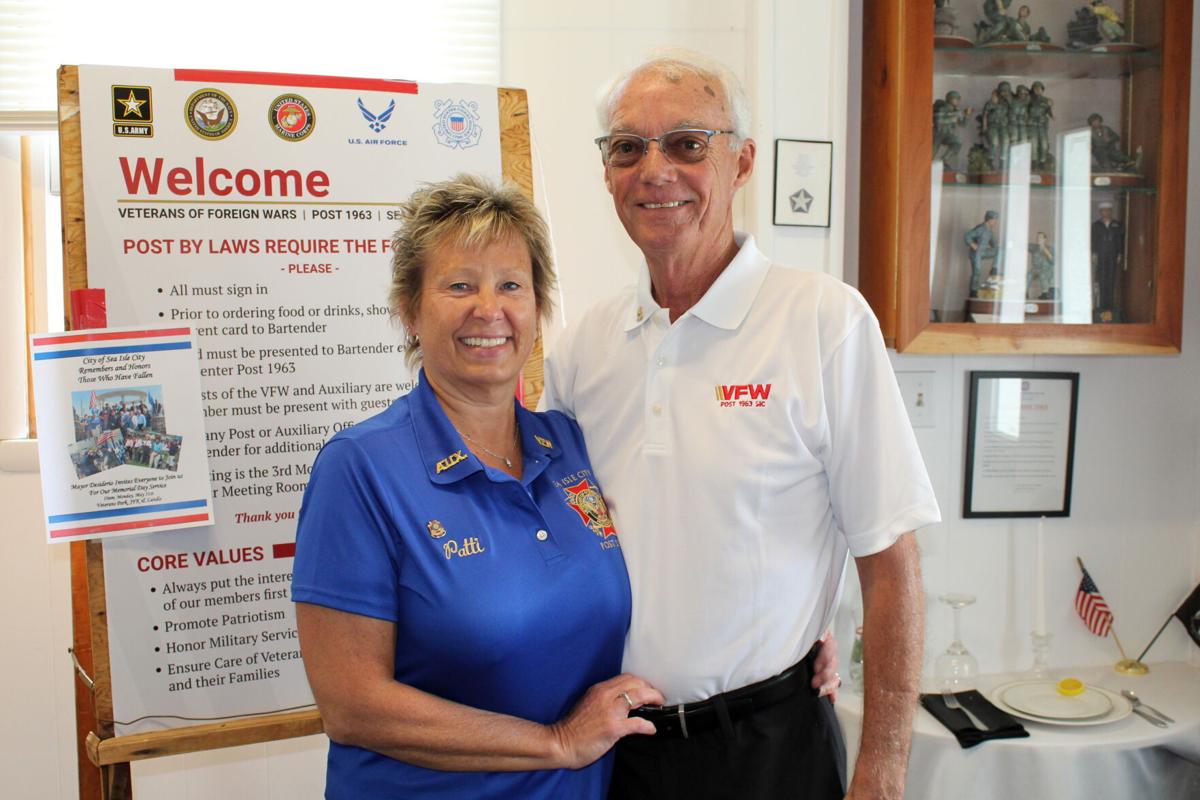 Mark Lloyd and his wife, Patti Lloyd, currently occupy the top leadership positions at VFW Post 1963 in Sea Isle City, Post Commander and Post Auxiliary President, respectively. Mark was elected Commander in May; and since 2019 Patti has been leading Post 1963’s Auxiliary, a group that hosts fundraisers and other efforts in support of United States veterans and active duty military members. 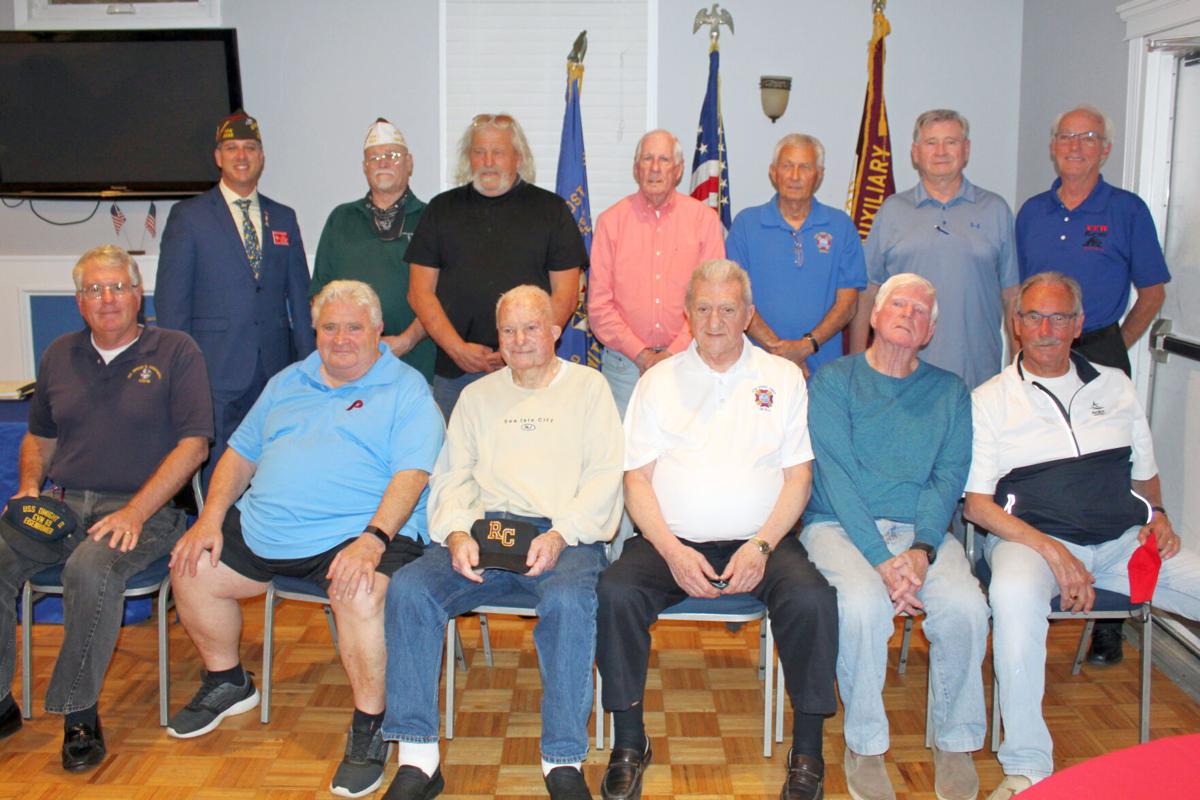 Mark Lloyd and his wife, Patti Lloyd, currently occupy the top leadership positions at VFW Post 1963 in Sea Isle City, Post Commander and Post Auxiliary President, respectively. Mark was elected Commander in May; and since 2019 Patti has been leading Post 1963’s Auxiliary, a group that hosts fundraisers and other efforts in support of United States veterans and active duty military members.

Following their annual elections, the veterans of VFW Post 1963 installed their 2021 Officers during a brief ceremony on May 17 inside their headquarters at 301 JFK Boulevard, where VFW State Commander Brain Wiener was on-hand to administer the oaths of office.

After serving as Commander of Post 1963 for the past 16 years, Charles (Chick) Haines, a United States Navy veteran, is becoming Commander of VFW District 17, which includes all of the VFWs in Cape May County.

Mark Lloyd, who received a Purple Heart after serving in the United States Army (82nd Airborne Division) during the Vietnam War, is Post 1963’s new Commander. Originally from Philadelphia’s Mayfair section, Commander Lloyd is a full-time resident of Sea Isle City.  His wife, Patti Lloyd, has been the President of Post 1963’s Auxiliary since 2019.

“I am honored to have been elected by the members to lead Post 1963,” said Commander Lloyd. “Make no mistake, this is not my post. I’m simply the guy with the gavel, and with the gavel comes responsibility and accountability to the post’s members, all veterans, and our auxiliary.”

“Historically, VFW Post 1963 has enjoyed tremendous support from our community,” added the new commander. “I have met with the mayor, who is a constant advocate for veterans, business owners and community leaders, and I have made them the promise that the VFW will aspire to be an asset to Sea Isle City.”

For more information about Post 1963 and its Auxiliary, go to www.vfwpost1963.com.