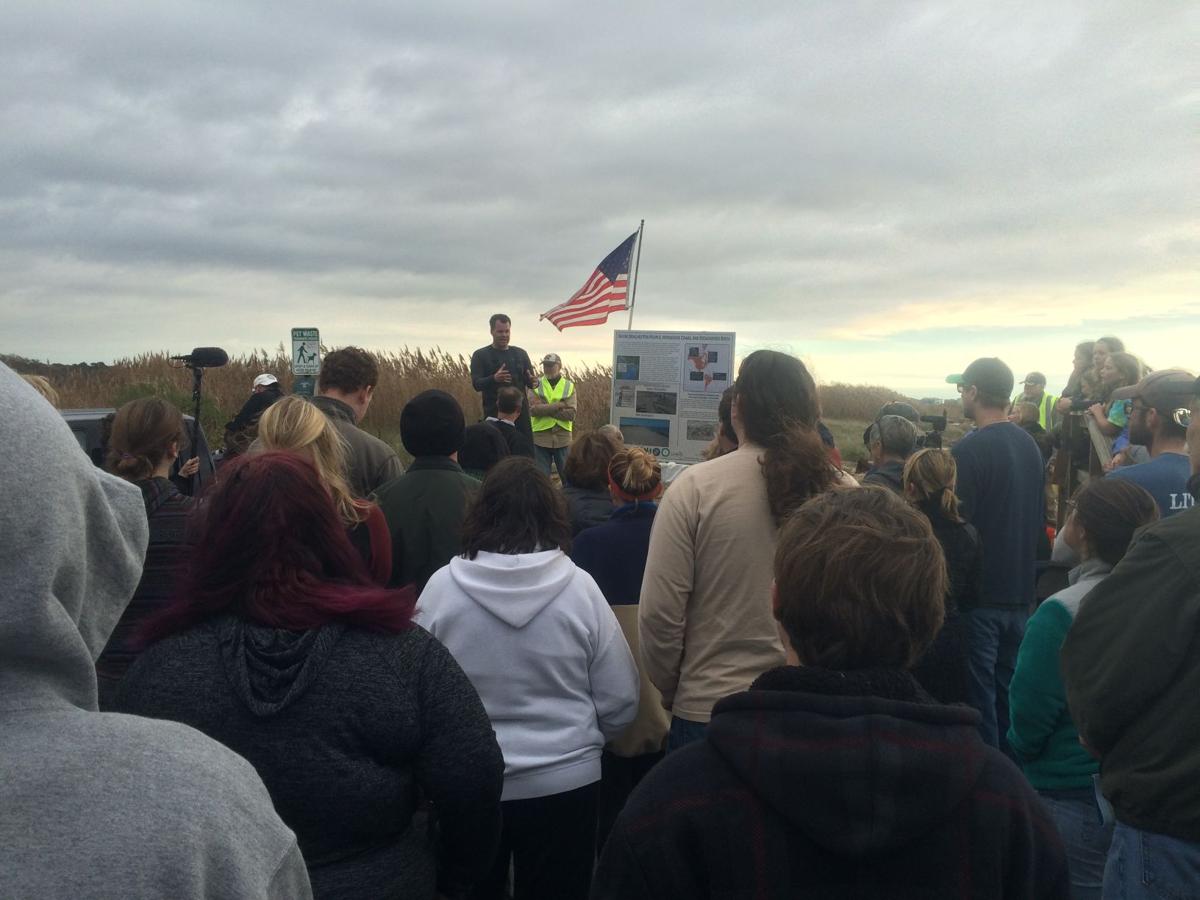 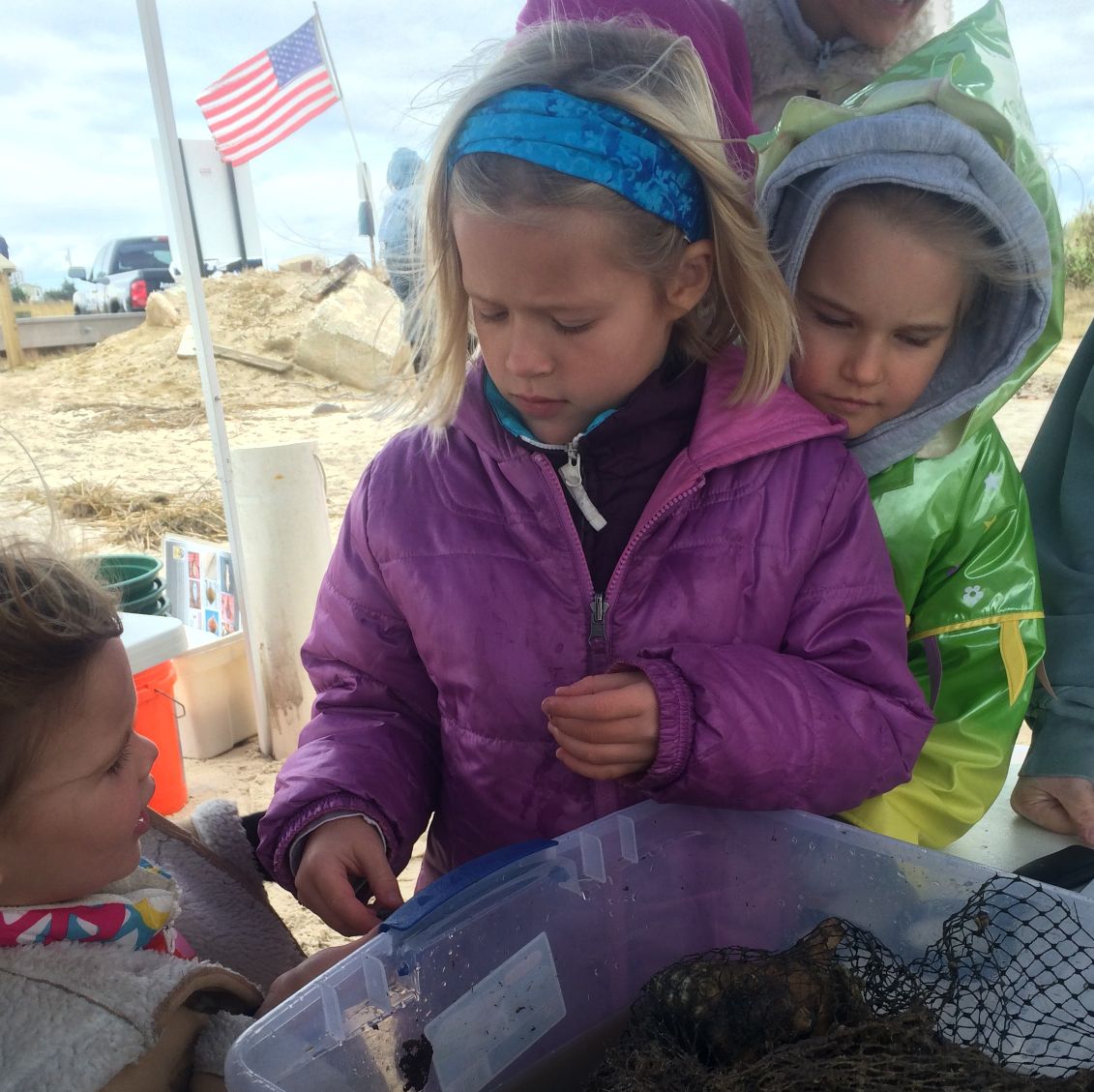 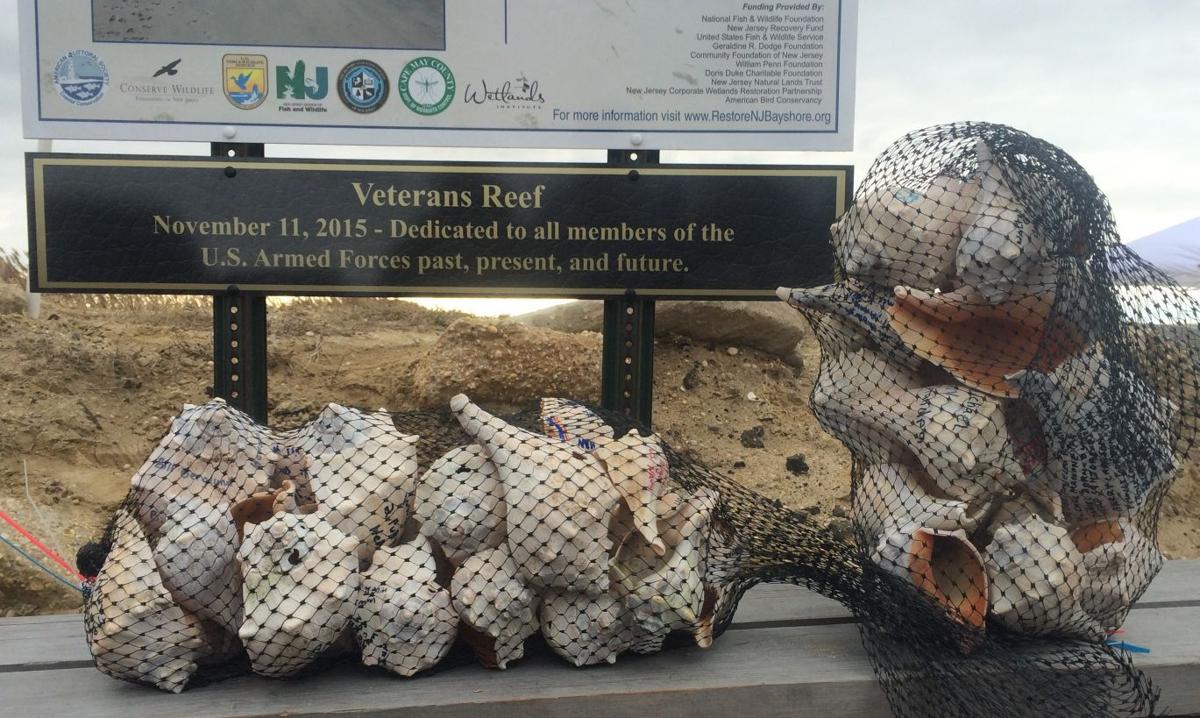 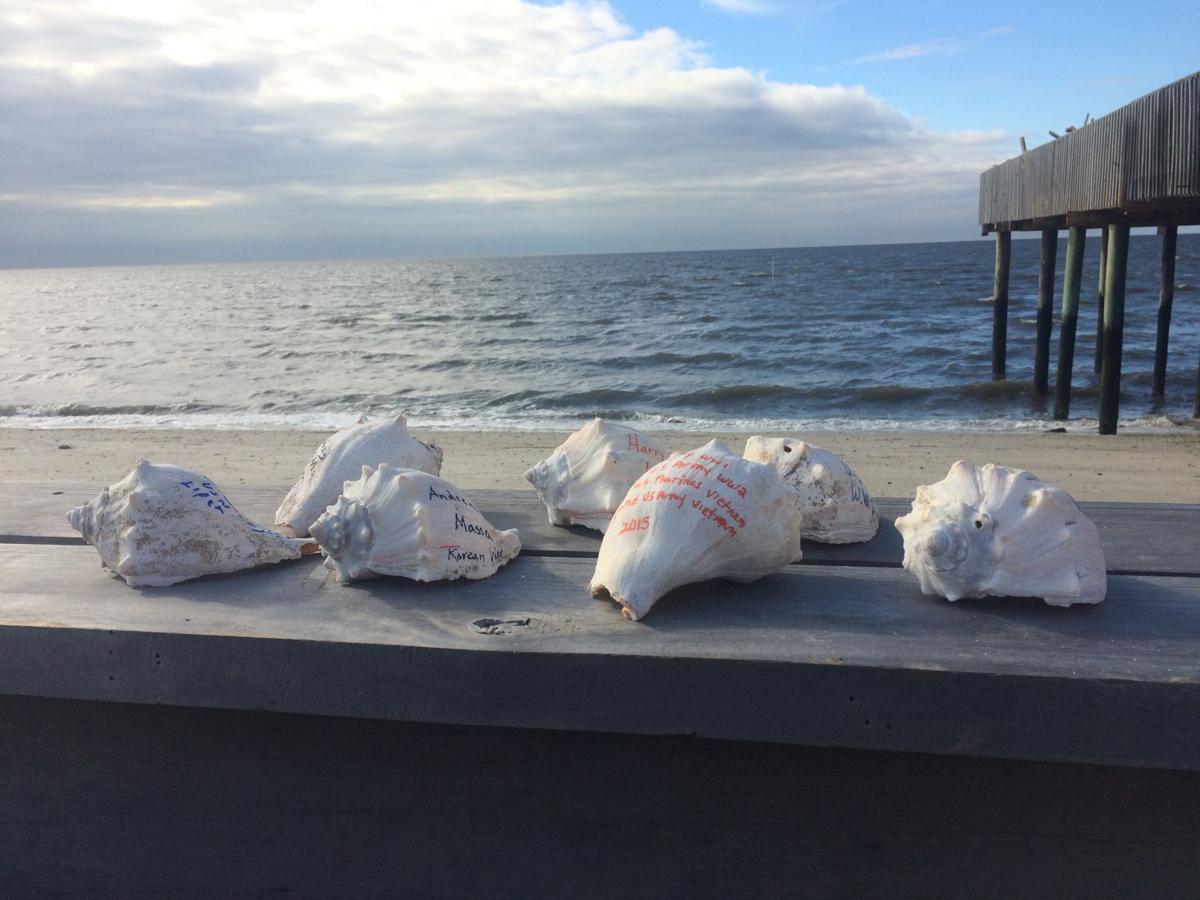 COURT HOUSE -- Conservation organizations leading the efforts to restore New Jersey’s Delaware Bay beaches organized “Veterans Day on the Bay,” a celebration to dedicate the oyster reef at South Reeds Beach in honor of military veterans’ service to our country.

“We want to dedicate this work to our nation's armed forces veterans to give them well deserved recognition for their service to all Americans,” stated Dr. Larry Niles, a biologist with American Littoral Society and Conserve Wildlife Foundation of New Jersey who has studied federally-listed Red Knots for three decades. “We also hope to give them an intimate experience of successful wildlife conservation to spark their interest and encourage them and their families to take part in future work.”

Veterans Day on the Bay dedicated the South Reeds Beach oyster reef to all veterans and highlighted veteran involvement in the effort to restore New Jersey’s Delaware Bayshore. Event attendees honored their own military veterans by inscribing that special person's name on a shell and placing that shell on “Veterans Reef.” Guests also helped study the wildlife living in this new reef with hands-on, interactive marine science activities like seining, trapping, trawling, and species identification.

“Delaware Bay has been so vital to this community for generations, and through this project we hope to strengthen the connections that young and old feel to this incredible natural resource that is home to wildlife of global importance,” said David Wheeler, Executive Director for Conserve Wildlife Foundation of New Jersey. “The living construction of Veterans Reef is a small but meaningful embodiment of all that our military veterans have done in building a strong American defense to give us security and protect the many freedoms we hold dear.”

Volunteers and veterans worked alongside American Littoral Society and Conserve Wildlife Foundation of New Jersey to establish a near-shore oyster reef at South Reeds Beach in Cape May Court House on the Delaware Bayshore in April 2015. The reef was built to prevent sand loss from wind-driven waves. The conservation groups will continue to monitor whether the reef bars help reduce beach erosion and create calmer water for spawning horseshoe crabs.

The South Reeds Beach Oyster Reef is one of the many projects that American Littoral Society and Conserve Wildlife Foundation are working on to restore the ecology and economy of the Delaware Bayshore.

“We are rebuilding habitats along Delaware Bay in order to strengthen the ecology, communities and economy of that area. Grants for the project enabled hiring several military veterans, and they continue to play a valuable role in the work. It is in recognition of the service veterans provide to their country and communities, that we are dedicating the reef at Reeds Beach to them,” said Tim Dillingham, Executive Director for American Littoral Society.

“Congratulations to the American Littoral Society, the Conserve Wildlife Foundation of New Jersey, and the veterans who helped build this oyster reef,” said Amanda Bassow, Northeastern Regional Director for the National Fish and Wildlife Foundation, which helped fund the project in partnership with the Department of Interior. “This project will help Reeds Beach be more resilient to the impact of future storms, while also providing important habitat in Delaware Bay.”

Shorebirds, like the federally listed Red Knot, depend on an uninterrupted supply of horseshoe crab eggs when they stopover in Delaware Bay during their migration. In recent years, countless horseshoe crab eggs have been lost because of the devastating storms that swept away the beach habitat they depend on.

“Restoring beach habitat on the Delaware Bay benefits Red Knots because it provides important feeding habitat for a bird threatened with extinction. The restored beach and oyster reef also protects the local community by providing increased resilience to future storms. Projects like these that help fish and wildlife, in addition to supporting local communities, are a priority for the U.S. Fish and Wildlife Service,” explained Eric Schrading, Field Supervisor for the New Jersey Field Office of the U.S. Fish and Wildlife Service.

The new oyster reef will attenuate waves but still allow for horseshoe crab breeding. In existing areas where crabs can breed without interruption, egg densities can exceed ten times the egg densities on unprotected beaches.