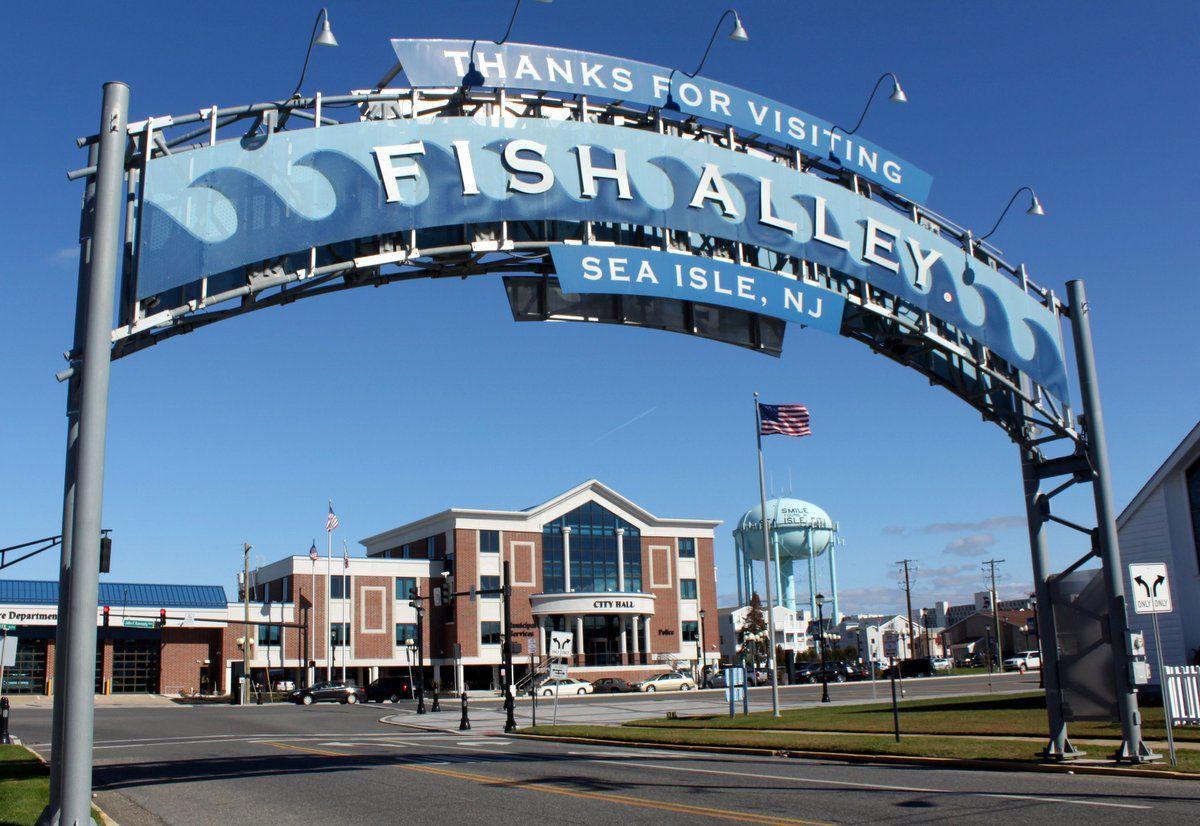 The famous “Fish Alley” sign is located near the intersection of Park Road and JFK Boulevard – just steps away from Sea Isle’s new City Hall Building and Welcome Center. 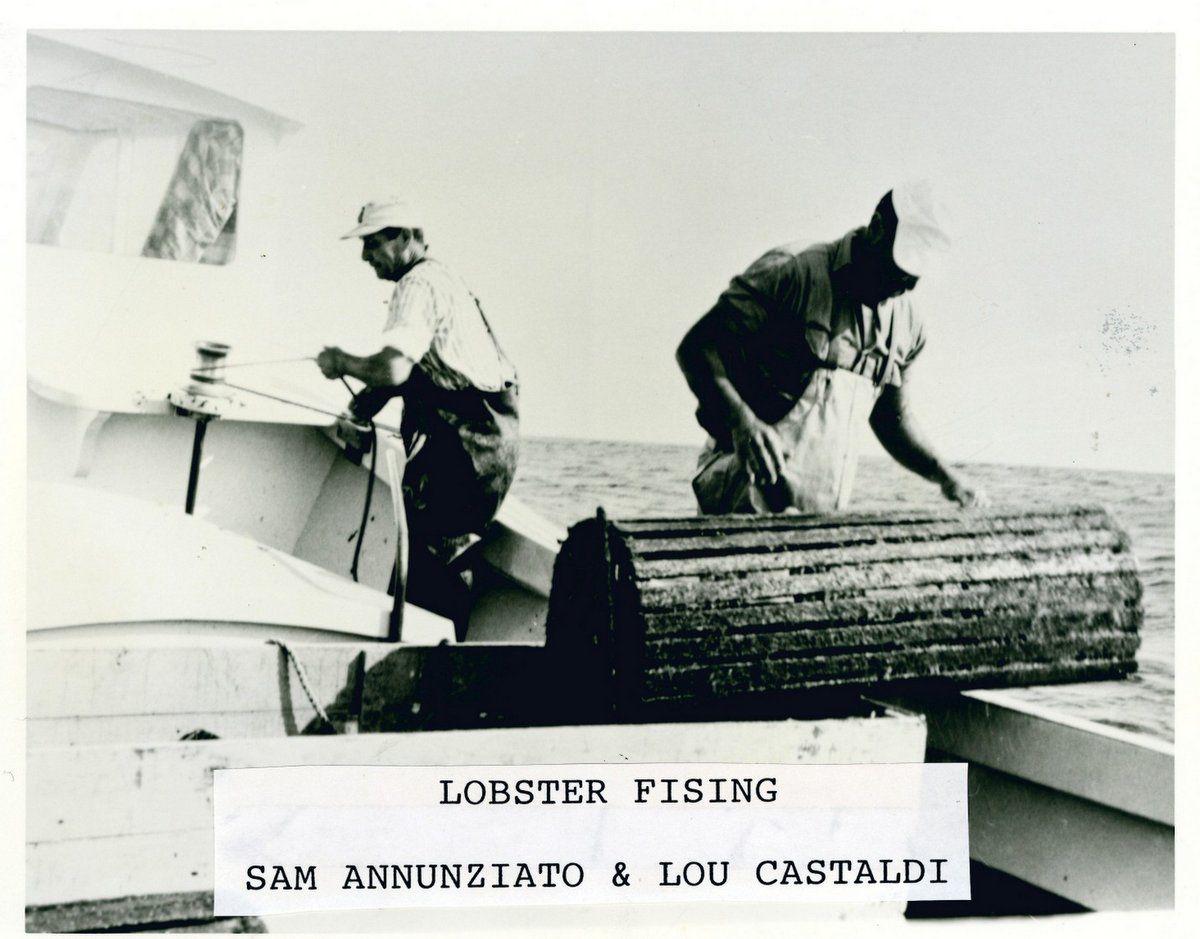 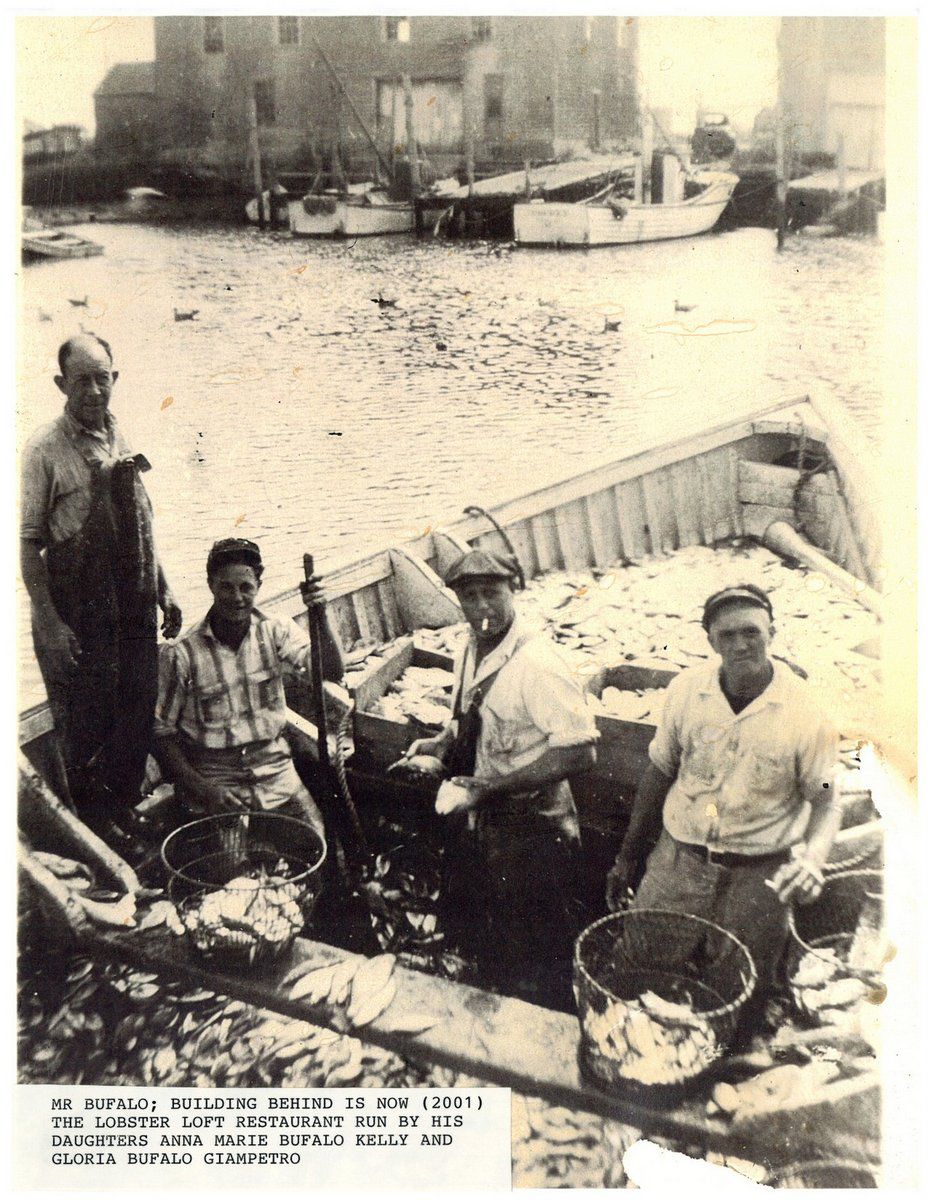 Pound Fishermen from Fish Alley could haul in huge amounts of fish using long nets mounted to poles on the ocean floor. 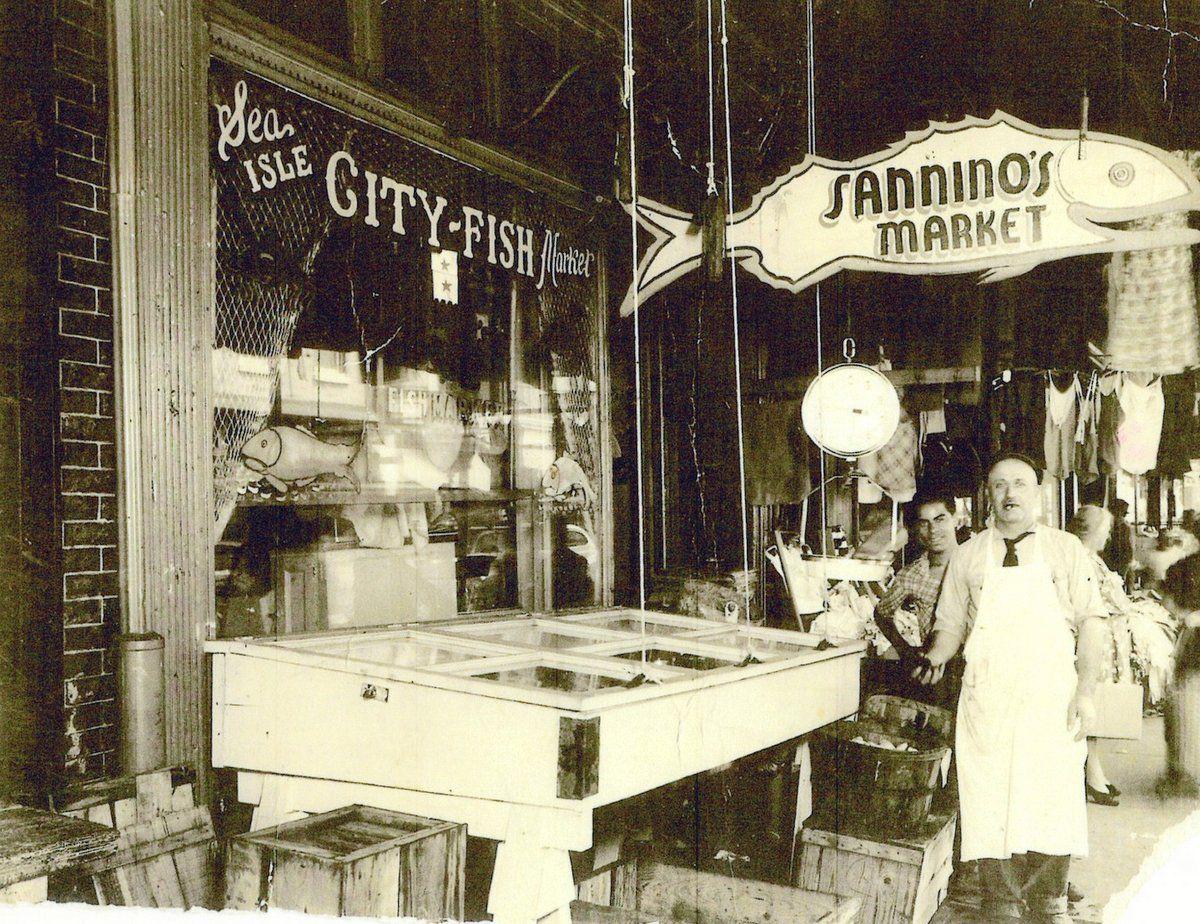 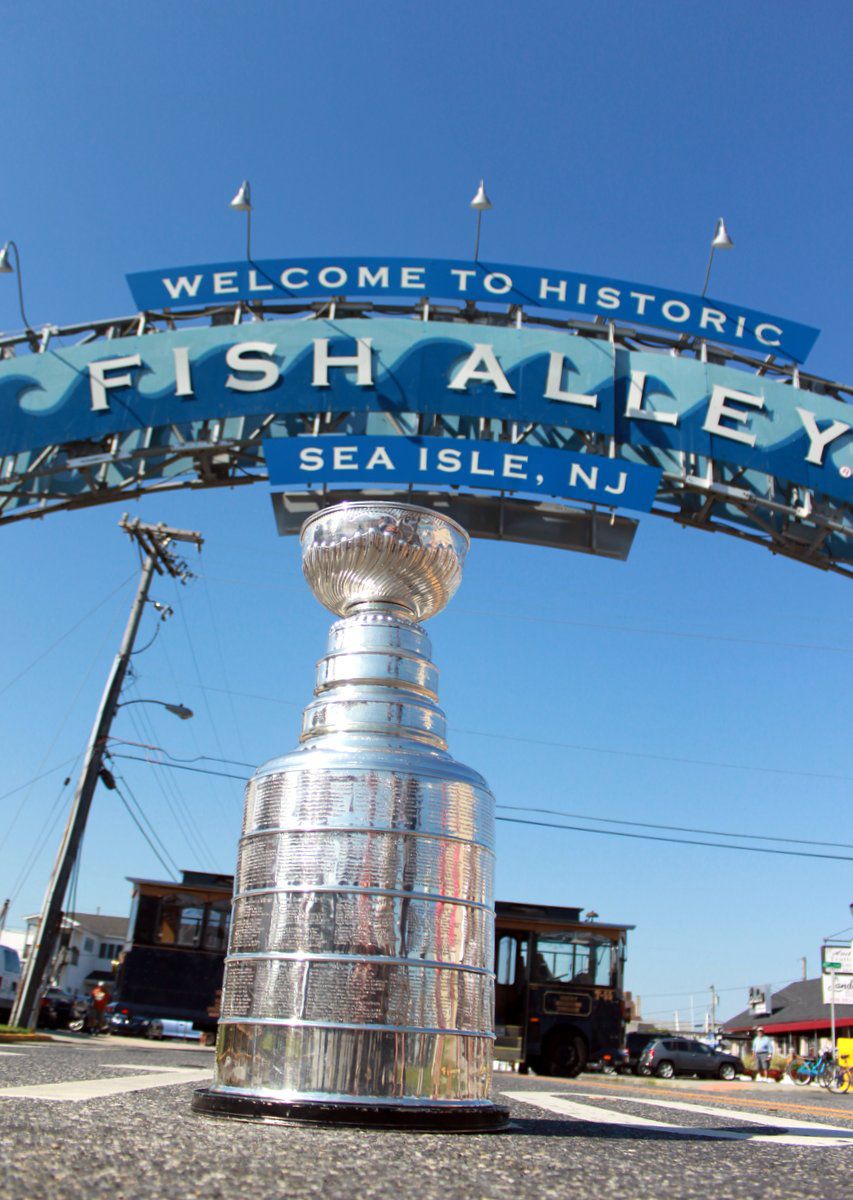 The NFL’s Stanley Cup made a stop under the Fish Alley sign while touring Sea Isle City in 2014.

The famous “Fish Alley” sign is located near the intersection of Park Road and JFK Boulevard – just steps away from Sea Isle’s new City Hall Building and Welcome Center.

Pound Fishermen from Fish Alley could haul in huge amounts of fish using long nets mounted to poles on the ocean floor.

The NFL’s Stanley Cup made a stop under the Fish Alley sign while touring Sea Isle City in 2014.

Sea Isle City’s Fish Alley is a great place to enjoy popular restaurants, walk along a bayside boardwalk, observe commercial fishermen in action, and take-in a bit of history. It’s the ideal place to spend time with your family or enjoy a romantic evening with someone special.

Fish Alley is located in an area that Sea Isle City founder Charles K. Landis originally dubbed “Venicean Park.” Following a visit to Europe, Mr. Landis was greatly impressed with the canals of Venice, and his vision for Sea Isle City ultimately included beautiful canals along the bay.

Dredge work on the canals adjacent to Fish Alley first began in 1908, led by Charles Landis Jr. (our founder’s son).  Soon after, the local commercial fishing industry eagerly took-up residence on the new docks located along the north-end of Park Road; and, in turn, Sea Isle City quickly became known for its fishing fleet.  That’s how this neighborhood received the moniker “Fish Alley.”

Throughout the 20th century, countless fishermen (many being of Italian heritage) have supported their families by working on the vessels and docks of Fish Alley. The three main types of fishing that traditionally took place here included Pound Fishing (elaborate traps consisting of long nets mounted to poles), Drag Fishing (weighted nets dragged along the sea floor), and Pot Fishing (conventional traps used to catch lobster and other fish).

For more than a century, Fish Alley has been home to a variety of privately owned fishing companies, with much of their catch being shipped directly to hungry fish-lovers in Pennsylvania, North Jersey and elsewhere. Among them were the Shallow Water Fishing Company (1910’s), The Union Fishing, Freezing & Cold Storage Company (1930’s) and Sea Isle Ocean Fisheries (1940’s).

When the fastest way to get from Sea Isle City to the outside world was by train, each afternoon fishermen would return to the docks of Fish Alley, pack their day’s catch in ice, then rush their fish to the Sea Isle City Train Station for immediate shipment to awaiting markets – including Philadelphia’s Italian Market, New York’s Fulton Fish Market and other well-known places of commerce.

During the Great Depression, many men came to Fish Alley in search of a brighter future. It was hard (but steady) work, and the environment was welcoming. At a time when Americans were standing in bread lines and praying for employment, the workers of Fish Alley were able to sustain their families and literally put food on the table.

While the world was at war during the 1940’s, several men from Fish Alley made international news when they rescued the crew of The Varanger, a Norwegian freighter that was sunk near the coast of Sea Isle City by Nazi U-boats. The attack took place in the middle of a cold January night in 1942.  If not for the local fishermen onboard The San Gennaro and The Eileen, all 40 men on that sinking vessel would have met their fates in the icy waters of the Atlantic Ocean.

During the 1980’s, a large stretch of privately-owned bay-front land went up for sale along 42nd Place (adjacent to Fish Alley’s commercial fishing docks). Fortunately, the City of Sea Isle City was able to purchase that land using municipal funds and grant money designed for preservation and “Open Spaces.”  That purchase ultimately led to the creation of Sea Isle’s municipal marina, public boat docks and modern bayside boardwalk.

Fish Alley is still home to a modest fleet of commercial fishing boats (one of the few places in South Jersey holding that honor), and those fishermen can be seen working throughout the year. Fish Alley is also where you’ll find Sea Isle City’s Welcome Center, located adjacent to the famous “Fish Alley” sign that stands over the base of Park Road. After learning “what to do” and “where to go” at the Welcome Center, visitors to Fish Alley can enjoy popular seafood markets and restaurants, rent kayaks, stand-up-paddle boards and other small crafts, schedule a scenic bay cruise, learn how to water-ski, enjoy an ice-cream cone, watch boats cruise along the intra-coastal waterway – or purchase bait and tackle to experience their own fishing adventure.