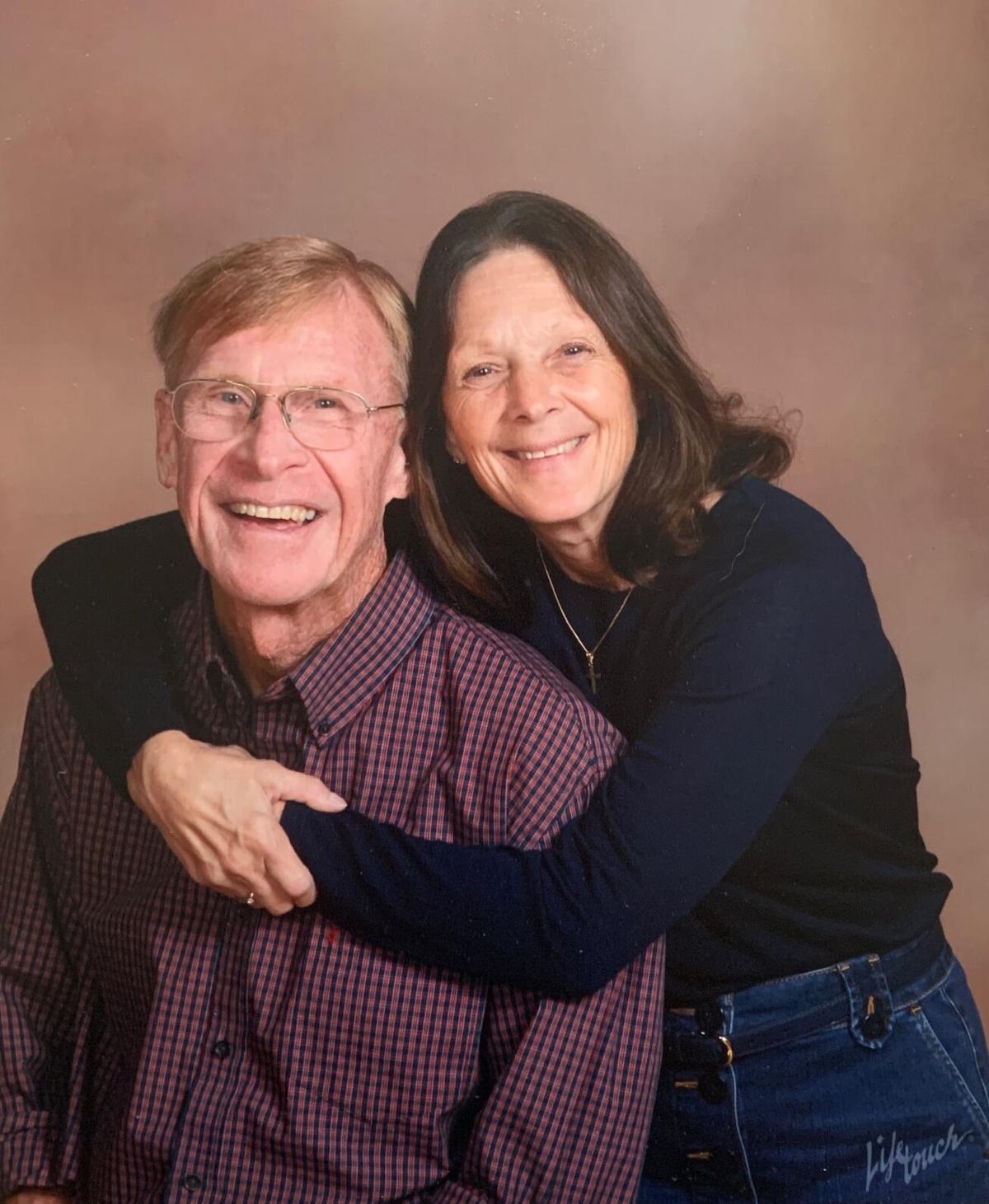 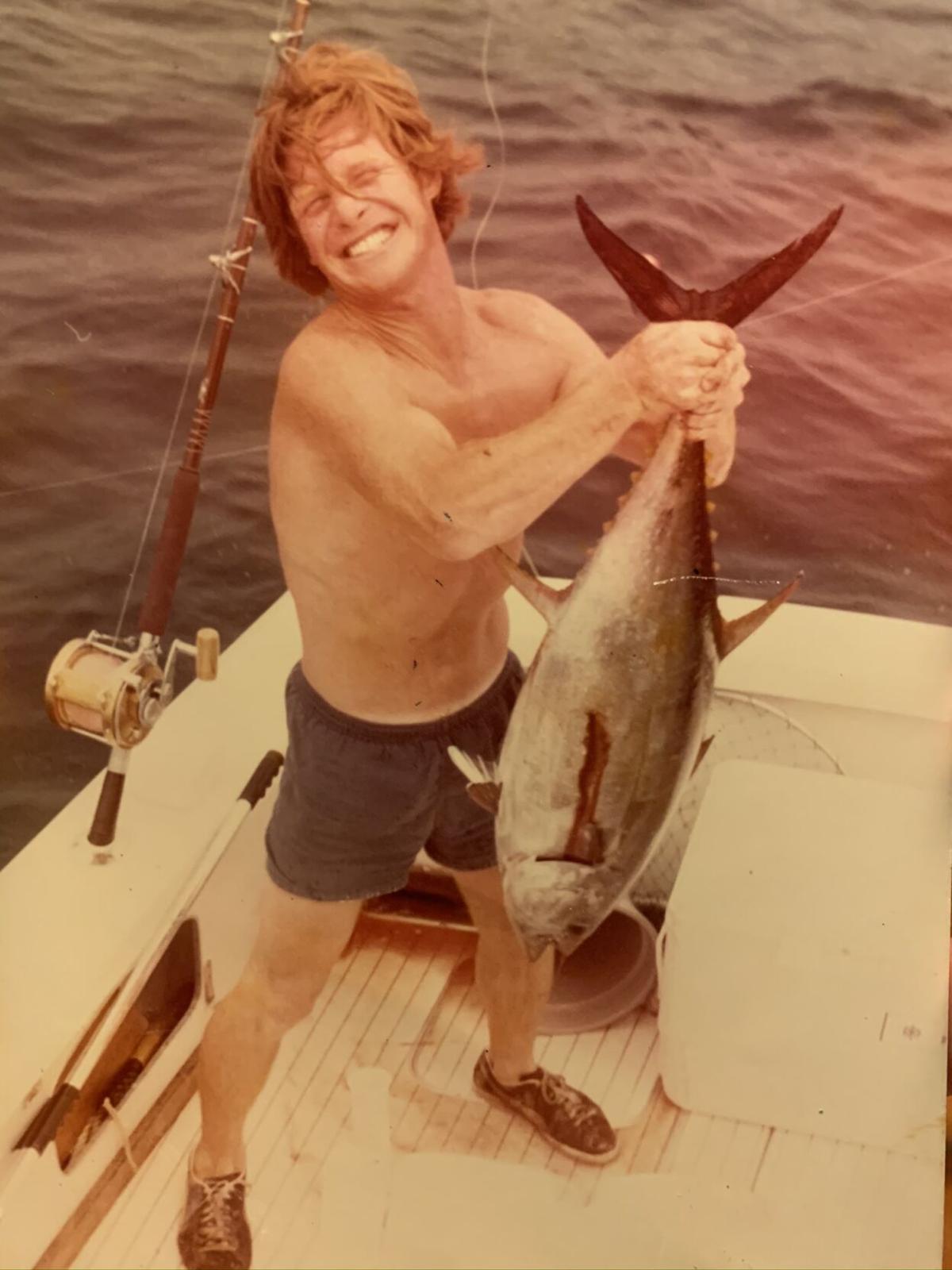 A young Rusty struggling with a heavy catch.

SWAINTON – “He could light up any room,” Laura Miller said. “His deep joy in the Lord radiated in all that he did.”

Miller wrote these words describing her father, George “Rusty” Miller, who suddenly passed away Sept. 7. A pillar, in Cape May County, Miller, 70, cared for others, illustrating the truth that actions speak louder than words.

Born May 24, 1950, Miller was the oldest of three brothers. Growing up in Philadelphia, Miller went to teacher’s college, where he refined his love of music. According to his brother, Mark Miller, Rusty Miller excelled at trombone and played a variety of music.

“He was always there,” said Mark Miller, during a phone interview Sept. 10, from his Maryland home. He described Rusty Miller’s example as an older brother. From playing baseball to playing in a band, the younger brothers “looked up” to the one they called “Rusty.”

Due to his red hair, Miller first received the nickname from his parents, George and Anna Mae.

Miller invested in the next generation in education for over 41 years. His educational experience culminated in serving as a high school administrator, at the Cape May County Technical School, for 27 years. Helping upcoming generations find their way was more than a job, it was a calling.

Miller’s professional life merged with the personal, as he participated with his church’s food pantry and Cape Issues, a non-partisan volunteer group that advocates for the betterment of life, in Cape May County.

“As a member of the Cape Issues group, he was a leader on the education subcommittee,” Cape Issues member Thomas Henry wrote Sept. 9.

“Cape May County is going to miss this gentleman who dedicated his life to improving educational opportunities for the youth and adults of the county,” Henry continued.

"I liked Rusty from the first moment I was introduced to him, at Cape Issues,” stated Kathleen Wyatt, a Cape Issues member.

“He made me feel welcome and part of the group. He was fair-minded - not so much on one side of the argument - that he was not willing to listen,” she added.

“Absolutely horrible. In addition to being an extremely bright guy, he was truly a caring, nice person,” Byron stated, in an email, Sept. 9.

Mark Miller noted Rusty Miller's “dedication” to the First United Methodist Church of Cape May Court House. Miller did not simply warm a pew – he faithfully sang in the church choir and held various leadership positions, helping to organize and reach goals.

Miller also enjoyed fishing and boating off the coast. Described as an “avid fisherman,” Miller knew the bounty of the sea.

“He had a knack for forecasting the weather,” said Mark Miller, explaining his brother’s knowledge of nautical weather patterns. An annual youth fishing tournament will be held in Rusty Miller’s honor, according to Mark Miller.

Rusty Miller’s joy of life was apparent to everyone, said his wife, Patty. His stilled piano will be felt. He leaves behind four children.

“Rusty was gifted in seeing the best in others, a fast friend, and a strong leader of a beautiful family. His family is dedicated to carrying on his legacy in the wake of the blessing he has left behind,” said Laura Miller. “Losing my dad, at first, was scary, wondering how we’d go on without our wise leader. I was quickly reminded that my dad gained all his wisdom from reading the Bible and having a relationship with Jesus. I’m encouraged knowing we have direct access to his reference book, the Bible, and have the same opportunity to know Jesus - the man of perfect wisdom.”

In a world reeling from inner strife and the impacts of COVID-19, Rusty Miller leaves a legacy rich in purposeful action. No one can change the world overnight, but Miller helped by touching one life at a time.