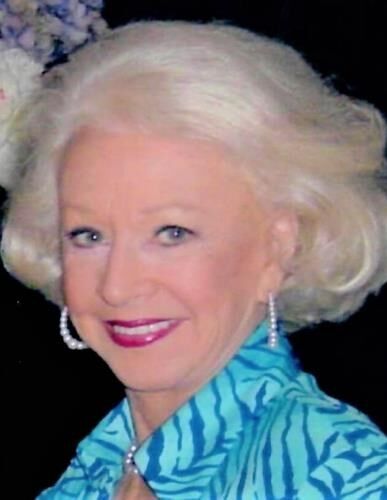 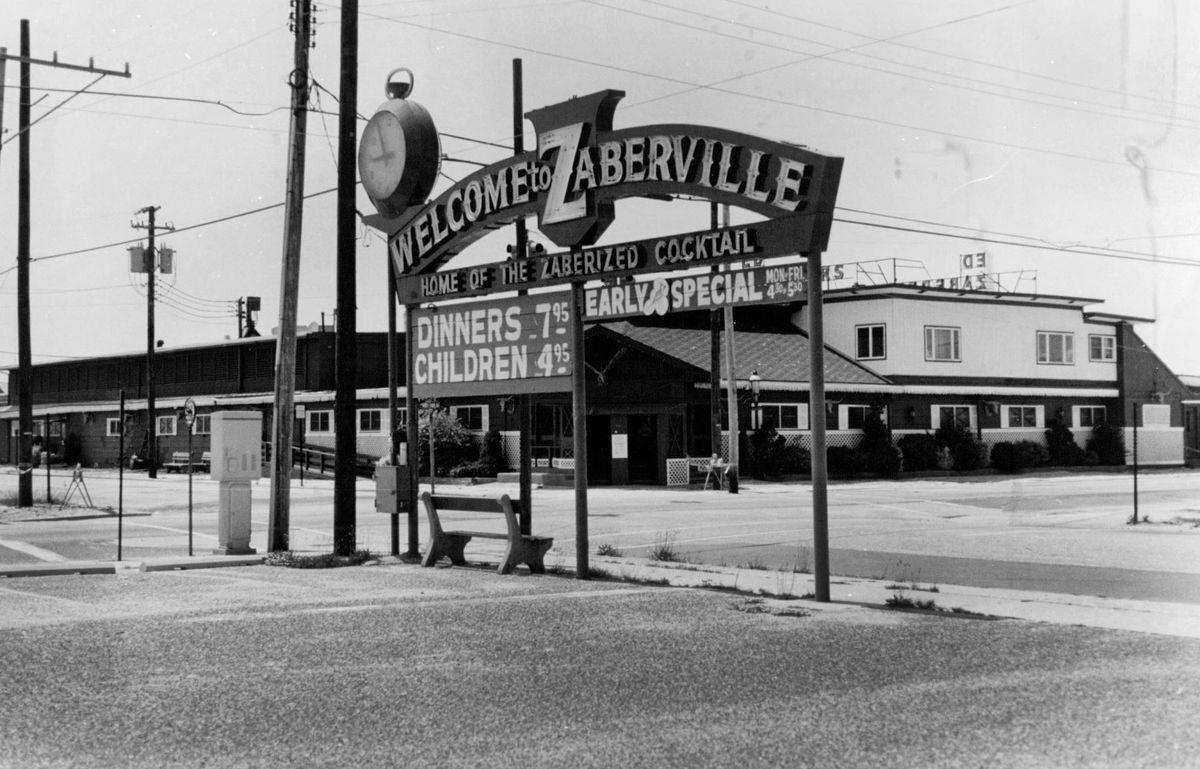 This sign was a welcome sight for vacationers to the Wildwoods during the 1960s and 1970s.

NORTH WILDWOOD - Ayne Zaberer, wife of North Wildwood restaurant owner Ed Zaberer and partner in running the popular Ed Zaberer’s Anglesea Inn during the 1960s and 1970s, died Sept. 20 in Florida. She was 91.

The couple turned a small nightclub on Spruce Avenue into a high-end restaurant, with 350 employees, remembered for its unique decor of Tiffany-style lamps, gingham tablecloth, tapestries, stained glass windows, prime steaks and seafood, and Zaberized cocktails - drinks so big they came in their own serving pitcher.

It eventually had eight dining rooms, four lounges and bars, and served more than 4,000 dinners on a busy summer weekend.

The couple sold the popular restaurant in 1987, moving to Pompano Beach, Florida. Ed Zaberer died after a brief illness, in 2001.

According to Ayne Zaberer's obituary notice, she was born and raised in Philadelphia, and upon graduation, completed beautician school. Her interests included painting and modeling for local department stores. She was also a talented pianist, organist and singer, and loved to entertain and host.

Zaberer married Raymond Wasikonis, in 1946, and the couple continued to live in Philadelphia and became partners in her family's tavern business. Two years later, she gave birth to their son, Donald. She was widowed in 1956, and soon afterward moved to North Wildwood, where she met Ed Zaberer.

They were married in 1959. For 35 years, under their daily hands-on management, Ed Zaberer's Anglesea Inn became one of New Jersey's biggest and best-known restaurants.

During the restaurant's heyday in the 1960s and 1970s, many celebrities and politicians dined there, including future Presidents Richard Nixon and Ronald Reagan, Philadelphia Mayor Frank Rizzo, Jimmy Durante, and Liberace.

It lasted only five years under new ownership before the restaurant burned down, in 1992.

After retiring, the couple enjoyed traveling, cruising, and charitable giving. Their benevolence turned public when, in 1992, they gave $1 million to the Miami Heart Institute.

After Ed Zaberer's passing, Ayne Zaberer moved to a beachfront condo in Lauderdale-by-the-Sea. According to her obituary, Zaberer then found true love and companionship with Eric Cocks, a long-time friend of the Zaberers, who had also recently lost his beloved spouse. Zaberer and Cocks were together until his death in 2018, at 98.

Zaberer is survived by her son, Donald, his wife, Tracey, and her grandsons, Andrew and Joe.

When the Zaberers owned their restaurants in Wildwood and Egg Harbor Township, they were well-known for requiring proper dress for dinner, including suit jackets.

Former patrons recalled on Facebook having their first cocktails at the restaurant, enjoying their steaks, appetizers, and desserts at this “must-stop-on-their-vacation” spot, and meeting their future spouses.

Many celebrated birthdays, anniversaries, and other special occasions at this legendary eatery.