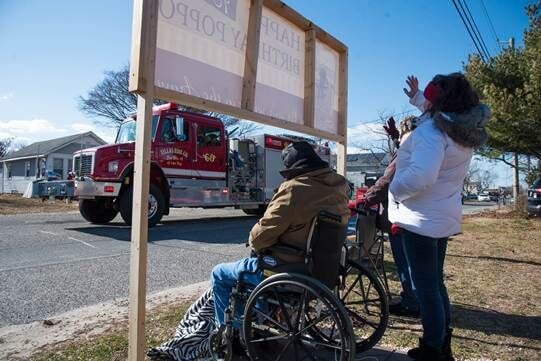 Army Veteran Roy Ludlam, of Villas, watches a parade visit his Villas residents to celebrate his birthday. The parade was organized by Ludham's family because the pandemic prevented large gatherings. 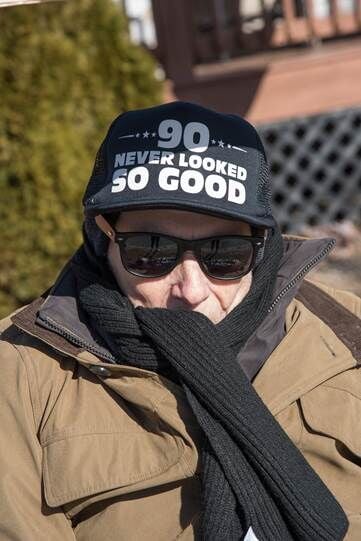 Army Veteran Roy Ludlam, of Villas, watches a parade visit his Villas residents to celebrate his birthday. The parade was organized by Ludham's family because the pandemic prevented large gatherings.

VILLAS - On a cold afternoon Jan. 23, friends and family celebrated the 90th birthday of Cape May County local and Army veteran Roy Ludlam, of Villas.

According to a release, due to the ongoing pandemic, a parade was organized by daughter Carol Hoffman and granddaughters Sherrie Maahs, Buffi Miller, and Candi Robson.

“Not only is my grandfather a lifelong resident of Cape May County, but he also served his country admirably in the Korean War,” stated Maahs, also of Villas. “Due to the pandemic, we couldn't have a large party like we did for his 80th birthday but still wanted to celebrate this monumental milestone.”

Family and friends gathered in the parking lot of the former St. Raymond’s Regional School and proceeded to Ludlam's. The parade included a police escort, three Lower Township tire trucks, a multitude of vehicles, and one brave motorcyclist.

Participants in the parade were gifted with cupcakes and popcorn for “popping by” as they passed.