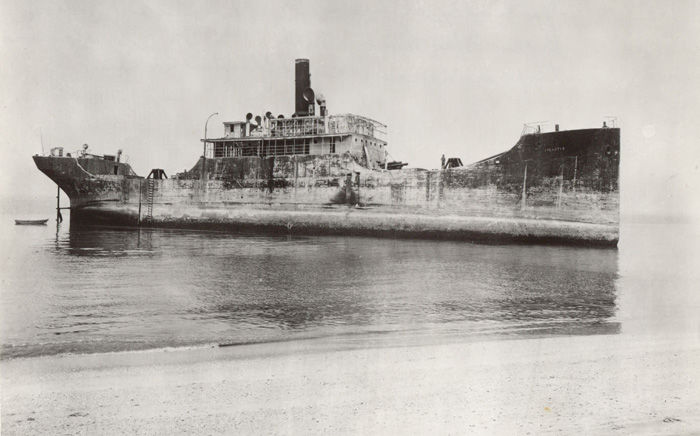 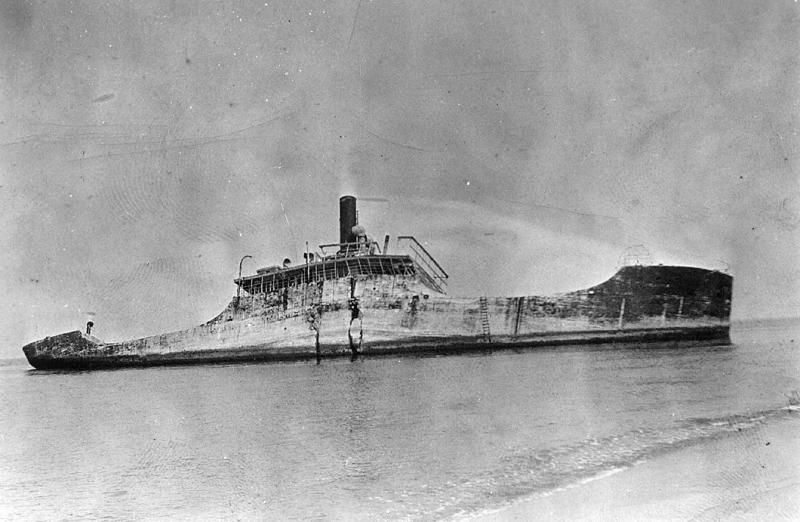 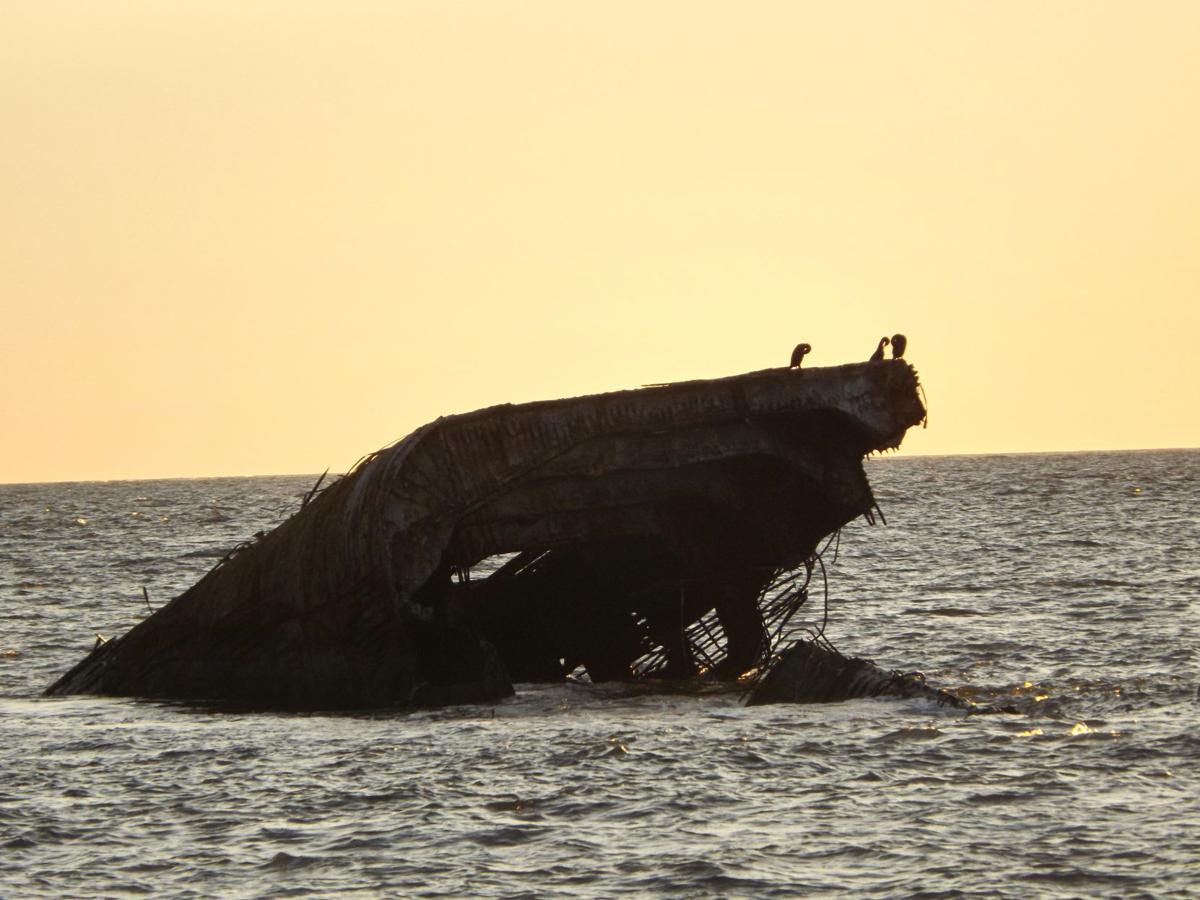 Concrete ships are built of steel and ferrocement (reinforced concrete) instead of more traditional materials, such as steel or wood. During both World War I and World War II, steel shortages led the US military to order the construction of small fleets of ocean-going concrete ships. Few concrete ships were completed in time to see wartime service during World War I, but during 1944 and 1945, concrete ships and barges were used to support U.S. and British invasions in Europe and the Pacific.

The United States entered World War I on April 6, 1917 and on April 12, 1918, President Woodrow Wilson approved the Emergency Fleet Corporation program which oversaw the construction of 24 ferrocement ships for the war. However, when the war ended in November 1918, only 12 ships were under construction and none of them had been completed.

The 12 ships commissioned for World War I were being built in Brunswick, Georgia, by the Liberty Ship Building Company. These 12 ships were eventually completed, but soon sold to private companies who used them for light-trading, storage, and scrap.

Between the world wars, there was little commercial or military interest in concrete ship construction. However, in 1942, with the advent of World War II, steel once again was in short supply. The US government contracted McCloskey & Company of Philadelphia, Pennsylvania, to construct a new fleet of 24 concrete ships. Construction of the fleet started in July, 1943, in Tampa, Florida. Innovations in cement mixing and composition made these ships stronger than the previous fleet.

Although the end of WWII marked the end of large-scale concrete ship building, to this day, smaller recreational boats are still being made from concrete.

The SS Atlantus was launched December 5th, 1918. Although it was not finished by the end of the war, it made two trips bringing troops home from Europe before it was put to use carrying coal in New England. In 1920, it was retired to a salvage yard in Newport News, Virginia. In 1926, the Atlantus was purchased by Colonel Jesse Rosenfeld to be used as ferry dock for a proposed ferry between Cape May and Cape Henlopen, Delaware. The plan was to dig a channel into the shore where the Atlantus would be placed. Two other concrete ships would be purchased to form a Y-shape where the ferry would dock. (The canal, where the current Cape May Lewes Ferry docks, wasn’t built until 1942.) In March 1926, the groundbreaking ceremonies were held for the construction of the ferry dock. The Atlantus was repaired and towed to Cape May, but on June 8th, a storm hit and the ship broke free of her moorings and ran aground 150 feet off the coast of Sunset Beach. Several attempts were made to free the ship, but none were successful. When the Atlantus couldn’t be moved, Colonel Rosenfeld abandoned the plan. Starting in the late 50's, the ship began to split apart in the midsection. The S. S. Atlantus can be seen at Sunset Beach in Cape May, NJ. Unfortunately the ocean has taken its toll on the ship and she has broken apart. It's only a matter of time before the last of her remains crumble beneath the waves.

concrete ship. One of twelve

Attempt to free her were futile.