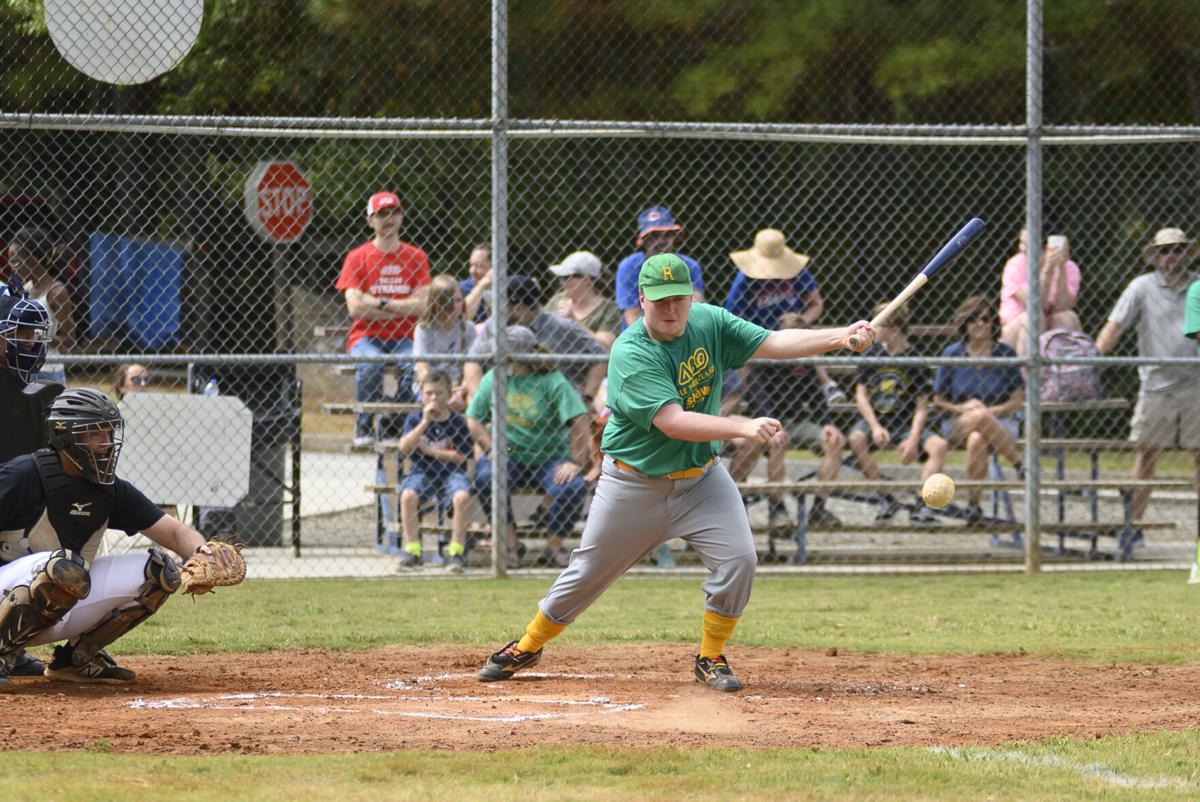 Alternative Baseball is a baseball league for autistic people or those with special needs. The league has 80 teams, and its commissioner, Taylor Duncan, is looking for an opportunity to place a team in Cape May County. 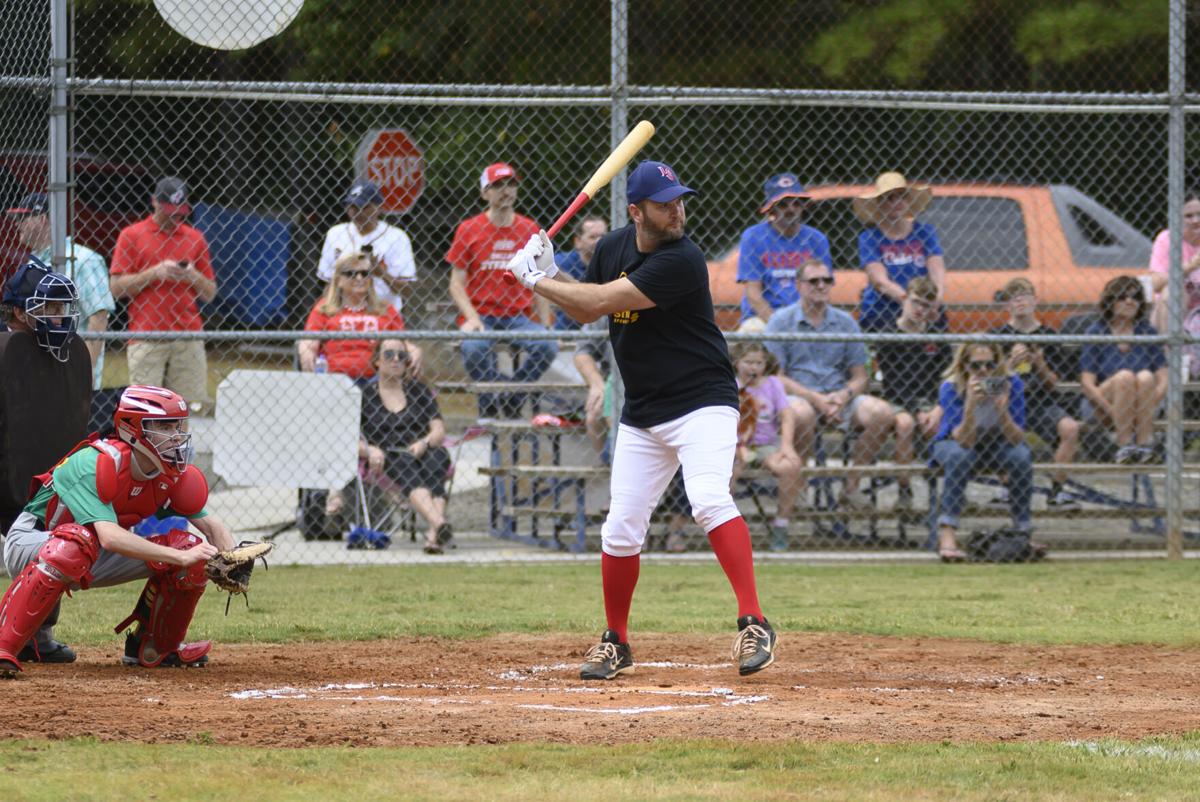 Alternative Baseball is a baseball league for autistic people or those with special needs. The league has 80 teams, and its commissioner, Taylor Duncan, is looking for an opportunity to place a team in Cape May County.

COURT HOUSE - A Georgia-based baseball league is looking to expand into Cape May County.

Alternative Baseball, established in 2016 by Taylor Duncan, who is autistic, has 80 teams nationwide, including the Hudson Warriors and Generals, based in Jersey City. Duncan, 25, is on a mission to grow that number.

Alternative Baseball doesn't alter the sport much. The seven-to-nine-inning games are played on an ordinary baseball field, with players at each position. Umpires are needed, too.

It's a unique league, in that it's designated for autistic teens and young adults. Spectators won't find contracted players with Nike or Wheaties endorsement deals. Instead, they'll find people living their dream of playing America's pastime despite not getting a chance elsewhere.

Duncan, a native of Dallas, Georgia, which, Google Maps estimates, is an over 13-hour drive from Cape May County, formed the league from experiences he had struggling to play baseball on a team, which resulted from coaches' preconceived ideas about how capable he would be at playing the sport, given his disability.

"Growing up, I had a lot more development delays when I was much younger, and my mother and teachers that I had that I grew up with luckily had helped me through a lot of those obstacles," Duncan said, in an interview with the Herald. "Regardless, I still faced a lot of social stigma and a lot of negative perceptions about what one with autism can and cannot accomplish."

It bothered Duncan because he knows team sports is about more than loading statistic columns with runs, hits, home runs and wins.

"Really, the coaches' perception was that I couldn't do enough, so to speak, because down here (Dallas, Georgia), a lot of them are fixated on winning. It's not hardly about character development, like it really should be at the younger ages," he added.

Despite the challenges of earning roster spots, Duncan played a successful year of youth baseball, and he's also played in a church league and helped coach a men's team.

Duncan knew many other teens and adults faced the same adversity, leading to the same outcome, in that the character-building skills team sports offers could be possibly omitted from their lives. Overall, he wanted to give others the chance they never obtained, which is why he formed his own team, one dedicated to serving autistic individuals starving for a chance to be on a baseball diamond.

His first team started with six players, whom Duncan helped coach. He also got parents and other volunteers involved.

Duncan's team expanded, and multiple teams were later formed. He said he continues to grow the league by searching for news media outlets to pitch his mission.

His success at creating Alternative Baseball earned him recognition from ESPN, and the network produced a story about his work, in 2018.

His work also grabbed professional baseball players' attention, some of whom played with Alternative Baseball players during their yearly All-Star Game.

This past year, Alternative Baseball, like most sports, couldn't escape pandemic-induced interruption. The league was forced to suspend play last spring, but Duncan is hopeful to have it resume sometime in 2021.

The time off, however, helped him search for expansion opportunities, something Duncan describes as "a blessing in disguise," especially because video conference programs can get the league connected with people across the nation.

Having to leave the baseball diamonds quiet disappointed many in the league, including Michelle Parker-Smith's son, Malcolm Washington, 20, who usually plays first base for Duncan's team, the Dallas Dynamos.

He joined the league, in 2016, after his mother saw a flyer at Hiram High School, in Georgia, where Washington was a student. He was previously a member of another baseball team allocated for individuals with special needs, but Parker-Smith and her son decided to seek another team because of a coaching matter.

Parker-Smith said her son's challenges were like Duncan's, in that autistic people’s ability to play sports and interact with others is misunderstood by others, and that winning is the priority, something she feels has been a factor since her son was a child.

"Trying to get him (Washington) involved in sports was really difficult because, during that time, we didn't have a lot of those who embraced individuals with special needs," said Parker-Smith, a Newark native who also has family ties in Pleasantville, Atlantic County. "Especially in high school and middle school, it's about being on those winning teams, as opposed to having someone that would embrace them, teach them the game and the love of the game."

Washington loves playing with Duncan, and Parker-Smith said he's become a mentor to her son when they're on the field together. She enjoys the opportunity to watch her son play, and volunteers, like other parents, including Dennis Szczybor.

His oldest son, Nick Szczybor, 27, was diagnosed with Asperger's syndrome, a form of high-functioning autism known to hinder social skills. Nick learned about Alternative Baseball through an encounter with Duncan at a Dallas-area Chinese restaurant. He joined the league, bringing his younger brother, Hunter Szczybor, 20, and father with him, as his father was Dynamos' head coach before relocating to Orlando, Florida.

Both parents, like their sons, are grateful to have learned about Alternative Baseball because it's given them a chance to learn some of life's most important character-building skills, while having fun. Parker-Smith is thankful for the parents who, like her, volunteer their time, and the league has also received participation from elected officials.

In Cape May County, no team exists, which could change with a coach and recruitment.

"I think it is very helpful to have individuals with special needs feel included in the general community," Parker-Smith said.

"I think for Cape May County, if they have individuals there, which I'm sure they do, with special needs that are looking for an outlet and looking for a way to really get involved, I think it's a great opportunity for the individual with special needs, but also for families," she added, regarding a possible team being formed in the county. "It's a great opportunity for families to come together. We make it a great family outing."

Szczybor feels the league is important because it helps "individuals that have kind of gotten pushed aside." He feels that as children, autistic people receive more attention than they do in adulthood, where they can often face employment challenges.

"I saw these adults grow in the three, four years that I was with them," he added.