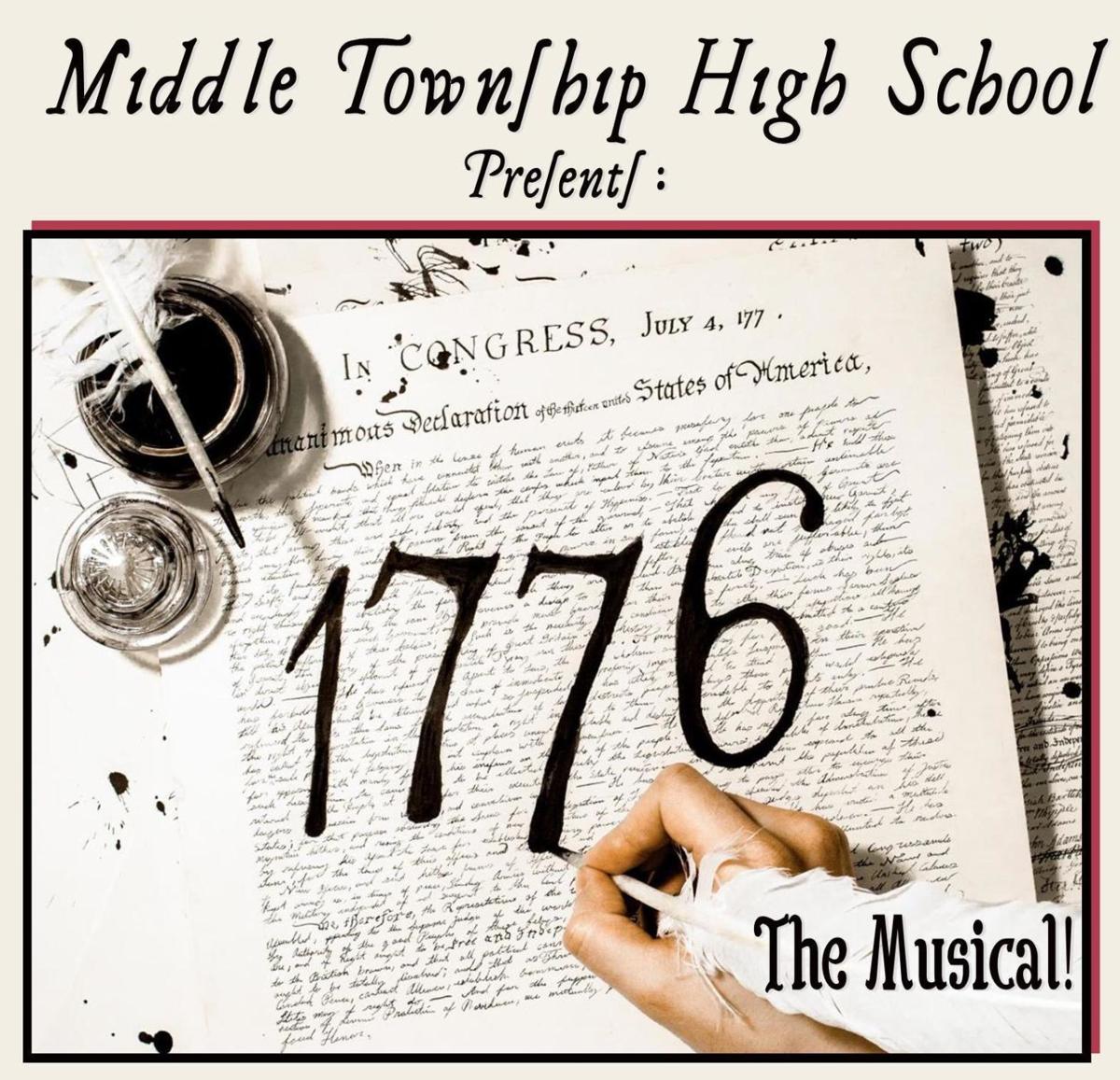 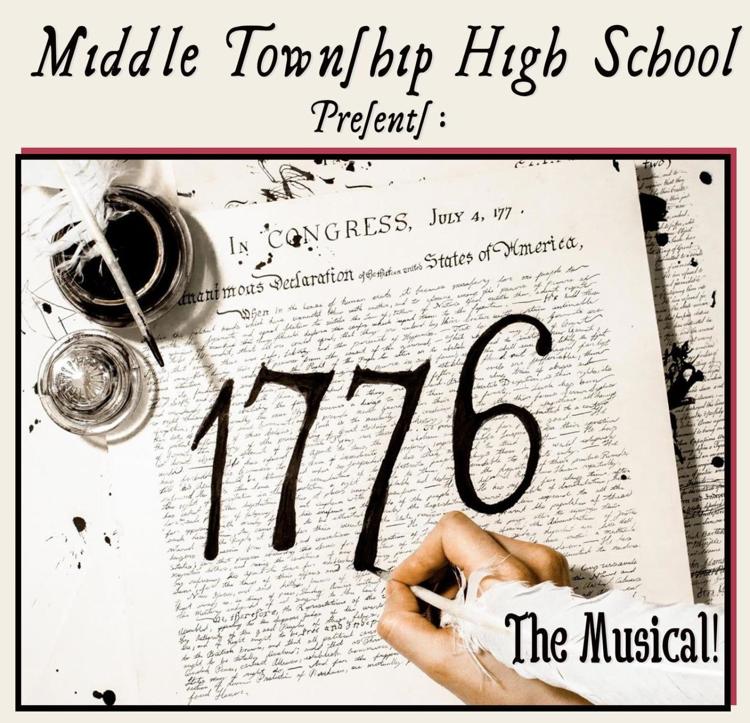 Chronicling the final days before the historic signing of the Declaration of Independence, 1776 tells the story of the negotiating, bickering, and deal making that led to the nation’s break from Great Britain.  With music and lyrics by Sherman Edwards and a book by Peter Stone, 1776 features the efforts of John Adams with his fellow revolutionaries, Benjamin Franklin and Thomas Jefferson, doing battle with the “Cool Conservatives” in John Dickinson and Edward Rutledge.  Spoiler alert:  Independence wins the day!

The cast of 27 high school students began working on the show in early December and has been rehearsing nearly 20 hours a week.  The show is produced by Kelley Hogg, directed by Deborah Jenkins with Marni McCann as assistant director, choreographed by Nancy Gibson, and accompanied by a professional pit orchestra directed by Scott Breiner.

Performances will be held at the Middle Township Performing Arts Center on Friday, February 28th at 7pm and Saturday, February 29th at 2pm and 7pm.  Tickets are $15 for all adults and $10 for students. Tickets are available through the PAC box office (609)463-1924.

Submit your local event for promotion online and in the Cape May County Herald Newspaper.